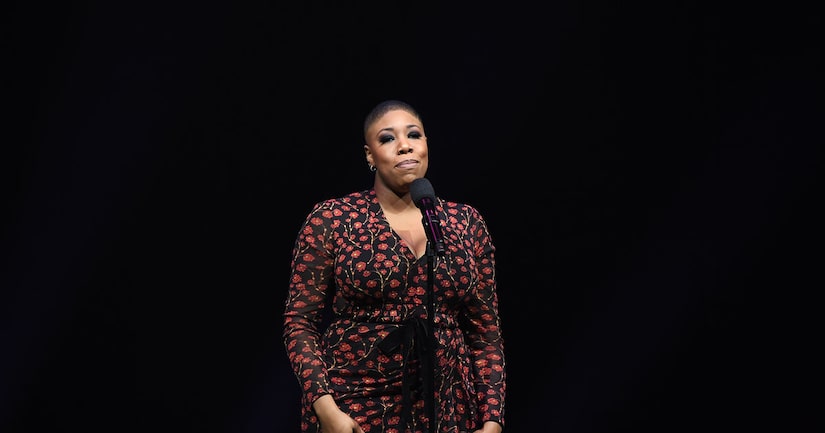 Along with discussing her book “No, You Shut Up: Speaking Truth to Power and Reclaiming America,” Symone also spoke with “Extra's” Billy Bush about politics and current events.

With the issue of racism at the forefront of our national debate, Billy asked Symone if she thinks President Trump is a racist. She replied, “Look, I think that Donald Trump has actively participated in fanning the flames of white supremacy… One could argue if it quacks like a duck, it's a duck. People say, 'Well, you don't know what's in Donald Trump's heart.' They're correct, but this is what I do know: Who the president is matters.”

She went on, “I am very excited about the fact that the Vice President did not wait for Donald Trump to exhibit leadership in this moment, he rose to the occasion… and he has demonstrated what he would do and the kind of president that he would be.”

While President Trump calls Vice President Biden “Sleepy Joe,” Symone says they do not have a nickname for #45. She commented, “We're looking to call him the former President of the United States, that's what we're looking for.”

Before he was voted into office, Trump was referenced by rappers like Meek Mill, Kendrick Lamar and Lil Wayne. Symone weighed in on whether that means he has more support from the Black community than we think, saying, “I think that Donald Trump was absolutely a widely known figure prior to his run for president… But I saw an article with Snoop Dogg just last week… for the first time in his life, Snoop Dogg is going to the polls this fall and he's voting for Joe Biden because what he's seeing from Donald Trump, he can't stand it anymore.”

Billy also asked the big question on everyone's mind: “When is the campaign going to announce Kamala Harris as his vice presidential candidate?”

Symone answered, “Well, we have a process right now. I will not be confirming or denying anyone who may or may not be being vetted, but I could tell you what the Vice President said and spoke about this a couple weeks ago... We were having an announcement sometime this summer… beginning of August.”