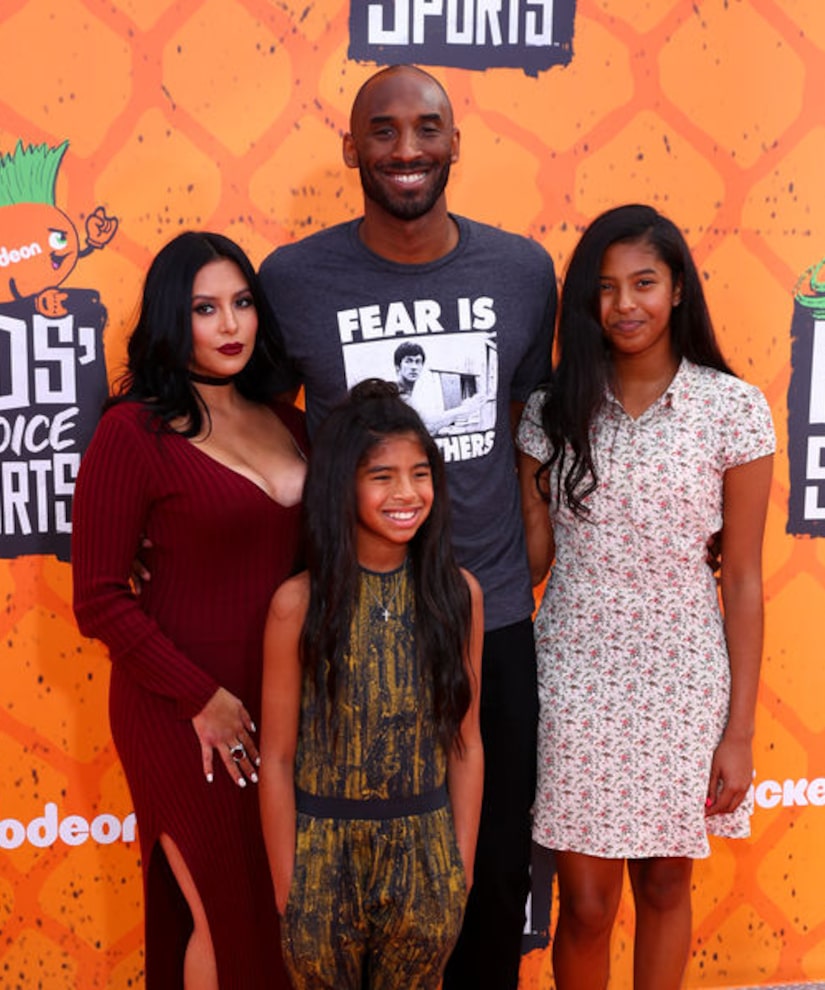 Kobe Bryant's widow Vanessa Bryant is doing her best to cope with life without him and their daughter Gianna.

Over the weekend, Vanessa explained why she had to block fan pages on Instagram. She wrote, “Thx so much of all the 💜. @nataliabryant and I have unfortunately had to block fan pages because it's been really hard to go online and constantly see pics of our beloved Gigi and Kobe under every single square of our explore pages. Blocking the fan pages has helped change the algorithm."

“We 💜 you all but please understand that we had to do this for our own healing not because we don't appreciate your 💜,” Vanessa continued. 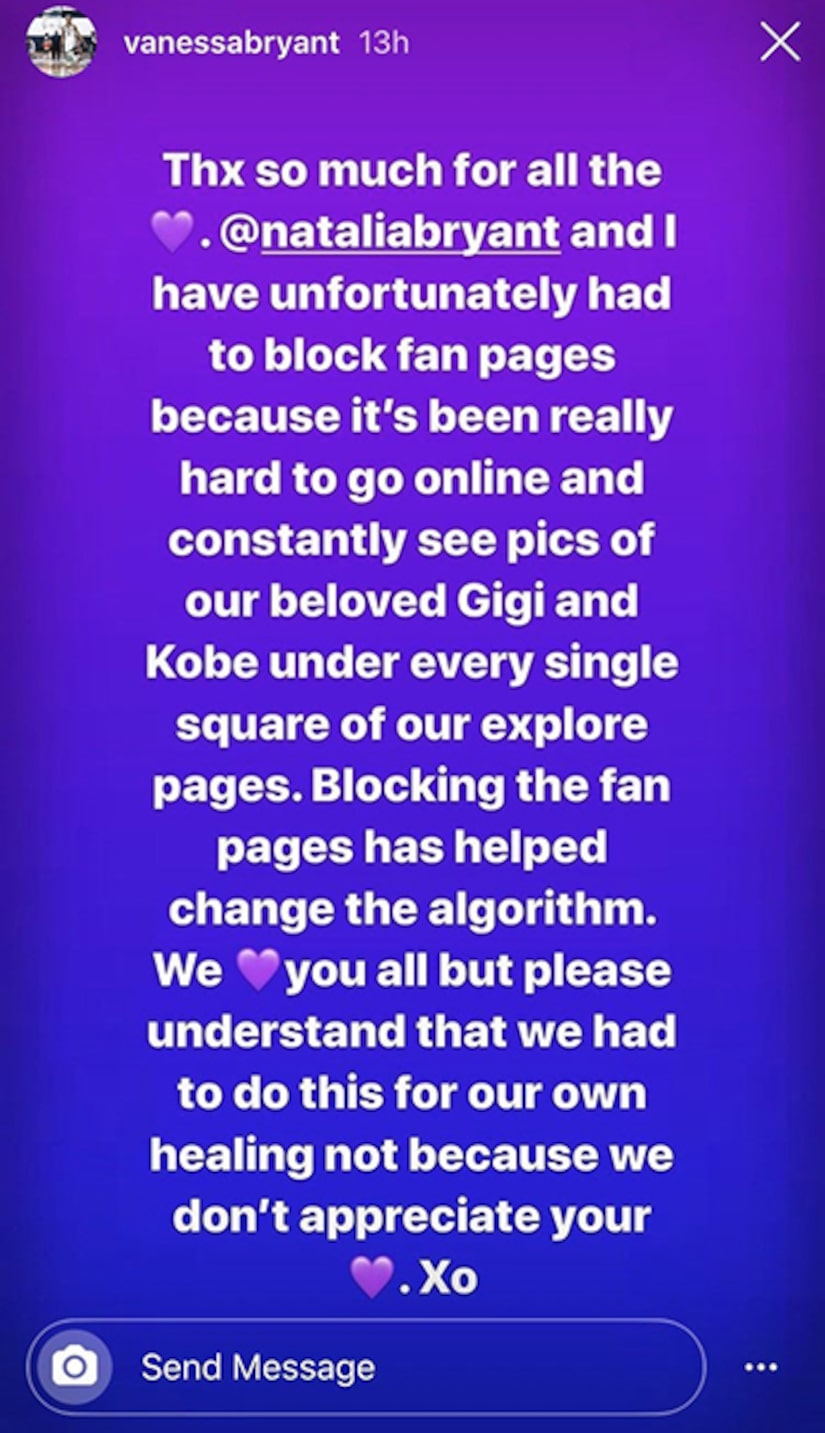 Vanessa and Kobe's oldest daughter Natalia had also had to block fan pages because it “makes it 10x harder to deal with our loss.” She emphasized, “We hope that people understand that although these fan pages have good intention, they making moving forward harder since they are constant reminders. Blocking the accounts have helped change the algorithm but we cannot go public until the fan pages stop.”

Vanessa also posted a clip from Kobe and Gianna celebrating on the basketball court after he won a Lakers championship. She wrote, “❤️❤️ 11 years ago today. Hard to watch without it crushing my soul but so thankful we have these videos to look back on when we feel the time is right.”

In January, Kobe and Gianna perished in a helicopter crash with seven others.

The following month, Vanessa memorialized Kobe and Gianna with tattoos. Along with a video of tattoo artist Nikko Hurtado working on her wrist in February, she wrote on Instagram, “Shoutout to @nikkohurtado for coming over and helping me get my Gigi's sweet message transferred on me. ❤️#throwbacktoFebruary.” 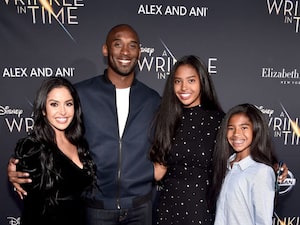 In another video, Hurtado is seen working on Vanessa's neck as she recorded the session. She wrote, “I wanted my boo boo's @kobebryant sweet message transferred on me. ❤️@nikkohurtado came through for me. Thank you! #inked #messagetransfer #BooBoo #throwback #tattooinmyhallway.”

Kobe's sister Sharia also paid tribute to Kobe and Gianna with a tattoo, which features their jersey numbers surrounded by a snake in the shape of an infinity symbol. 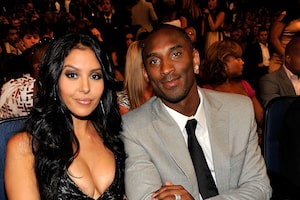 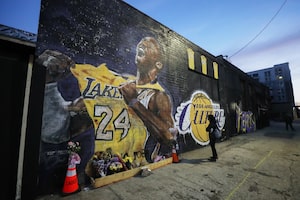 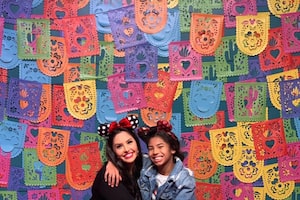