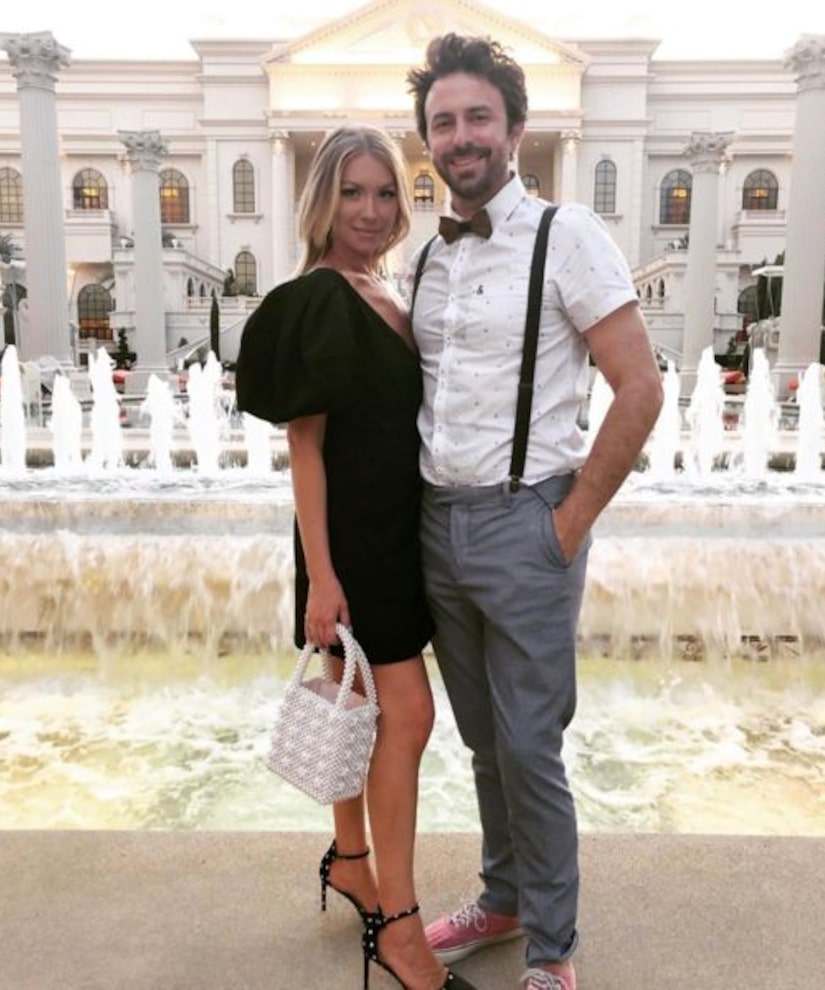 The very week she and others were fired from "Vanderpump Rules" for past racist behavior, it is reported that Stassi Schroederis expecting.

Us Weekly reports exclusively that Schroeder, 31, is pregnant with her first child with fiancé Beau Clark.

Schroeder, Kristen Doute, Brett Caprioni and Max Boyens were all given the boot by Bravo four days ago. 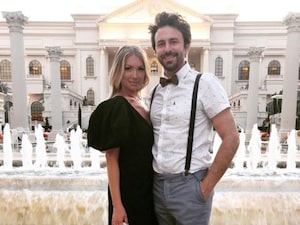 In a statement, a rep told Page Six, “Bravo and Evolution Media confirmed today that Stassi Schroeder, Kristen Doute, Max Boyens and Brett Caprioni will not be returning to 'Vanderpump Rules.'”

The news came just a few days after Schroeder and Doute were blasted for allegedly calling the cops on their black castmate Faith Stowers, who was on the show in 2018.

Last week, Stowers revealed in a Instagram Live video, “There was this article in the Daily Mail where there was an African American lady. It was a weird photo, so she looked very light-skinned and had these different, weird tattoos. I guess this woman was robbing people. And they called the cops and said it was me. This is like, a true story. I heard this from, actually, Stassi during an interview.”

Schroeder admitted to once calling the cops while appearing on the “B*tch Bible” podcast. She recalled, “We are like, we just solved a f**king crime. We start calling the police. The police don't give a f**k.”

Stassi was also slammed for making racist comments on her podcast “Straight Up with Stassi.” Discussing black people, she commented on an episode, “Why aren't the Asians being like, 'We're not represented.' Why aren't Native Americans and Latinos being like, 'We're not represented.' And whenever they get upset, everyone has to go above and beyond to then make them happy.”

Doute and Schroeder have since apologized for their past actions. On Sunday, Doute said on Instagram, “I have been taking some time to really process what I've been seeing, feeling and learning. And I need to address something specifically that happened a few years ago with my former castmate, Faith Stowers.”

“Although, my actions were not racially driven, I am now completely aware of how my privilege blinded me from the reality of law enforcement's treatment of the black community, and how dangerous my actions would have been to her,” Doute continued. “It never was my intention to add to the injustice and imbalance. I'm ashamed, embarrassed, and incredibly sorry. I will do better. I have to do better.”

In her own statement, Schroeder said, “My emotions over something that happened between our friends outweighed my logic, and there is no excuse for that. I did not realize the serious ramifications that could have transpired because of my actions. What I did to Faith was wrong. I apologize and I do not expect forgiveness.”

She emphasized, “I have grown significantly from the person I was then, and I am still filled with remorse and regret for the hurt I caused. I am grateful for the people in my life that continue to check me and push me to evolve into a more educated person.”

Schroeder has lost several brand partnerships over her “insensitive” comments. She has also been dropped by her talent agent and PR company.

In response to Schroeder and Doute's firing, Stowers told Page Six, “I feel so vindicated studios and production are able to see blatant racism and make these positive changes and help move the race forward — help with the fight forward.”

As for their castmates Caprioni and Boyens, they were axed after their racist tweets resurfaced during the eighth season of the show. In January, Boyen apologized for his old tweets, including one which read, “It upsets me that the word n—a is not allowed to be said unless you are black because quite honestly it's my favorite word.”

In his apology, Boyens said, “I want to sincerely apologize for what I tweeted in 2012 — it was wrong on every level. It is not a representation of who I am. I am shocked I ever tweeted that — and I am disgusted and embarrassed — I am truly sorry.”

“I am incredibly ashamed and accept full responsibility, and acknowledge that this language was as unacceptable then as it is now. Please know that I have learned and grown since then and would never use this language today,” Caprioni said in a statement to E! News.

In response to the firings, restaurateur Lisa Vanderpump wrote on Instagram, "As we've seen such devastating sadness that has played out globally, we all have a part to play to create a kinder, more just society. My hope is for this generation to treat each other with respect and humanity, and realize that actions have; and should have, consequences."

"I love and adore our employees and I am deeply saddened by some of the lack of judgment that has been displayed. As many of you know, after watching me for 10 years, I have always been an equal rights activist and ally - my family, my businesses and I condemn all forms of cruelty, racism, homophobia, bigotry and unequal treatment," Vanderpump emphasized. "We've never tolerated it in the workplace or our lives. While you only see a fraction of our employees on the show, a specific friend group, across all of our companies, we have always been a very diverse group of people - every color, ethnicity and sexual orientation. Most of our employees have worked for us for over a decade, and we have become a family; one that embraces and celebrates each other's differences. I am proud of the inclusive company that we've created. We will continue to embrace diversity as one of our greatest strengths, and I'm excited to give you deeper look into the multi-faceted fabric of our company in the future."

Stressing the importance of a "kinder generation," Lisa reiterated, "Everybody deserves to feel safe, heard and appreciated in their communities. So much of what has transpired in the world is not right, fair or acceptable. We all have work to do to create a society we can be proud of and I hope as we venture forward, we strive to live in a world where kindness and compassion are our highest values."

Faith praised Lisa for "speaking out," telling TMZ, "I think it was very commendable of her to do that. I respect her for that."

After Bravo's big announcement, Andy Cohen expressed his approval, even though he didn't have a hand in the firings. He said, "I absolutely support Bravo's decision, I think it was the right decision.” Andy, who is an executive producer of the "Real Housewives" franchise and "Watch What Happens Live," added, “I don't produce ['Vanderpump Rules']. I have no say in hiring and firing people.”

Bravo isn't the only company taking racism seriously. The CW has also fired “The Flash” actor Hartley Sawyer after a series of his tweets resurfaced. In a statement, the show's executive producer Eric Wallace said, “Hartley Sawyer will not be returning for season seven of 'The Flash.' In regards to Mr. Sawyer's posts on social media, we do not tolerate derogatory remarks that target any race, ethnicity, national origin, gender, or sexual orientation. Such remarks are antithetical to our values and polices, which strive and evolve to promote a safe, inclusive and productive environment for our workforce."

On Twitter, Wallace noted, “This morning, many of you learned that Hartley Sawyer will not be returning for season seven of 'The Flash.' Concerning his social media tweets, they broke my heart and made me mad as hell. And they're indicative of the larger problem in our country.”

My statement regarding Hartley Sawyer and THE FLASH. pic.twitter.com/hni0MxOWZU

Sawyer apologized on Instagram, saying, “My words, irrelevant of being meant with an intent of humor, were hurtful, and unacceptable. I am ashamed I was capable of these really horrible attempts to get attention at that time. I regret them deeply. This was not acceptable behavior. These were words I threw out at the time with no thought or recognition of the harm my words could do, and now have done today."

Some of Hartley's controversial tweets include one from 2012, which read, “The only thing keeping me from doing mildly racist tweets is the knowledge that Al Sharpton would never stop complaining about me."

MTV has cut ties with “Teen Mom” alum Taylor Selfridge due to her past racist tweets. In a statement, the network told People magazine, “MTV pulled 'Teen Mom OG At Home: Cory & Taylor's Baby Special' from its Tuesday schedule and is ending our relationship with Taylor Selfridge in light of her past racist statements on social media. MTV strongly condemns systemic racism and stands with those raising their voices against injustice.”

According to The Blast, one of Selfridge's tweets included the sentence, “We have to greet everyone at work but sometimes I won't greet the Black people because they scare me.”

On Tuesday, Selfridge addressed her past in a private Instagram post, saying, “As you guys know already our special didn't air tonight. I made the decision last week to not film the next season of Teen Mom OG with Cory for the benefit of myself and my daughter. I don't believe the reality TV lifestyle benefits me any further at this point in my life. With current events being what they are and reality TV being selective in who they apply rules to or what is considered acceptable behavior, I do not have any further respect. Once again, I apologize for anyone I have hurt or offended in the past. I have addressed my mistakes many times on the network and I would like to move on and continue to be the best version of myself. My past does not define who I am today and I hope you guys can see the change. Please respect my decision to provide a normal, healthy life for my family.”

The network has also ended their relationship with “The Challenge” star Dee Nguyen after her comments on Black Lives Matter.

In now-deleted tweets, Nguyen wrote, “Idk why some of u think I'm anti BLM. I've been saying that since the day I lost my virginity.” On Instagram, she also wrote that “people die every f**king day,” Us Weekly reported, diminishing the death of George Floyd.

MTV said, “As a result of Dee Nguyen's offensive comments about the Black Lives Matter movement, MTV and Bunim/Murray Productions have severed ties with her. Out of respect for the competition and other Challengers, MTV will air the season as planned. Dee Nguyen will not appear in the reunion to be filmed at a later date. MTV and Bunim/Murray Productions strongly condemn systemic racism and stand with those raising their voices against injustice.“

Nguyen has since apologized on Instagram. She wrote, “The last 24hrs have made me realised what is important and that is forgiveness. I would like to offer my sincerest apology to my colleagues to whom I have hurt directly and indirectly due to my insensitive remarks. Let me be clear I am a POC that cares about BLM. I believe in this movement and I'm stepping away from social media to focus on my wellbeing and mental health. This is not a goodbye, it's a I will see you again.” 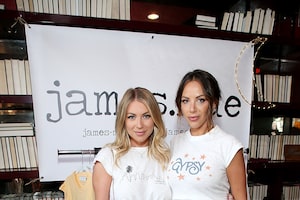 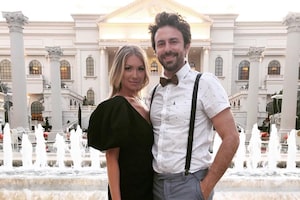