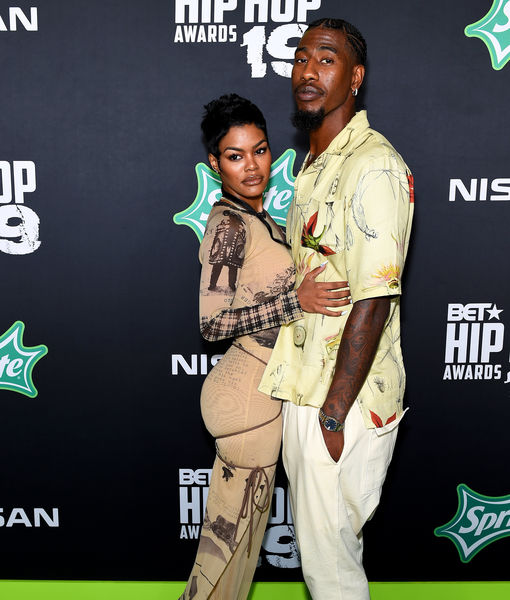 Singer Teyana Taylor and NBA player Iman Shumpert, both 29, have another baby on the way!

Taylor made the big announcement in her new music video “Wake Up Love,” which features Shumpert and their daughter Iman Tayla aka Junie, 4.

At the end of the music video, Teyana lifted up her shirt to reveal her growing baby bump, while sharing a bed with her family.

The single is featured on Teyana’s upcoming album “The Album,” which is a follow-up to her 2018 studio album “K.T.S.E.”

After the music video was released, Teyana told People magazine that she is expecting a baby girl. She said, “We're ready, and we're very excited. Iman is super excited. Junie is ecstatic — I'm talking super ecstatic. Everybody is just excited. I can't wait. I've got three more months left until we meet our little princess."

Taylor felt that the “bright energy” of the “Wake Up Love” music video would be perform for her big announcement. She pointed out, “Even on set, it felt good. We didn't want to leave. As you can see, we made that video super literal to the record, being in this huge bed of clouds in the sky. It feels good."

As for Junie, who was seen playing with her mom’s bump in the video, Teyana shared, “What she did at the end of the video is Junie the whole time. She hogs the whole baby all the time. We were in the bed and loving on one another, and she jumped on the both of us like, 'I'm here!' It's the cutest thing."

Junie also has “a lot of ideas” for her little sister. Teyana dished, “We want to keep her as involved as possible because Junie clearly thinks that this is her baby. She talks to my stomach all the time. It's so good to see that."

It looks like Junie is more than ready for her role as big sis. Taylor explained, “Kids handle siblings differently. You have kids that are a little bit jealous. But she's so excited and preparing herself to be a big sister. She constantly kisses my stomach, she constantly talks to the baby. Even when we go to the store, she's like, 'Okay, Mom, this is for the baby.' She's so ready. She's going to be such a great big sister."

Teyana told Junie very early on in her pregnancy. She shared, “I told her because I was really, really sick and she didn't understand why. I said, 'Okay, I have to tell her.' Originally, I told her probably a month after I found out. The moment was so cute but because the moments are always so natural, I don't think to record it. But I really, really wanted to get her reaction. Junie had been asking me for a sister for a very long time. "

Teyana and Iman have been married since 2016. 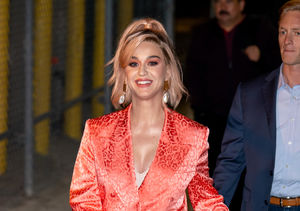 Katy Perry Is Pregnant! Find Out Her Cravings

Teyana isn’t the artist to reveal her pregnancy in a music video. A few months ago, Katy Perry announced that she was expecting her first child with fiancé Orlando Bloom in her music video for “Never Worn White.”