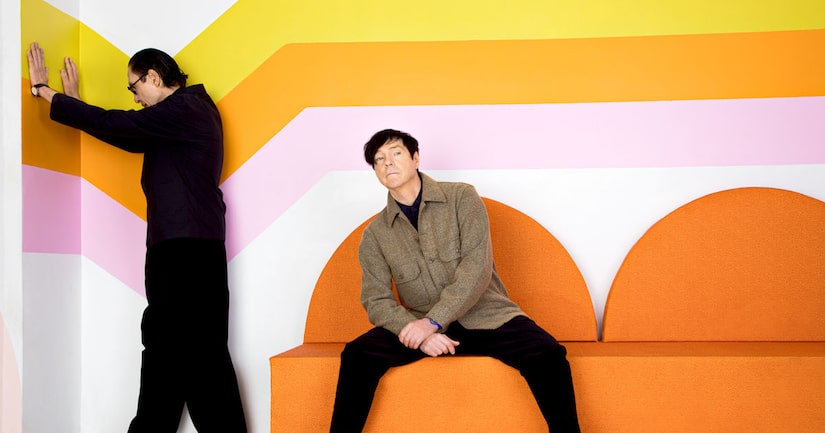 "Extra's" Senior Music Correspondent Adam Weissler caught up with the Maels at home to talk about the album, movie projects, and much more!

The brothers have been posting numerous updates and videos on their social accounts.

Check out their music video for “All That,” the first track from “A Steady Drip, Drip, Drip.” It was filmed during lockdown.

Available now via all digital platforms and streaming services, the album's physical release, including CD, vinyl, and cassette, is set for Friday, July 3.

The band also opened up about their upcoming feature film musical “Annette,” starring Adam Driver and Marion Cotillard, as well as a documentary by acclaimed “Baby Driver” director Edgar Wright.