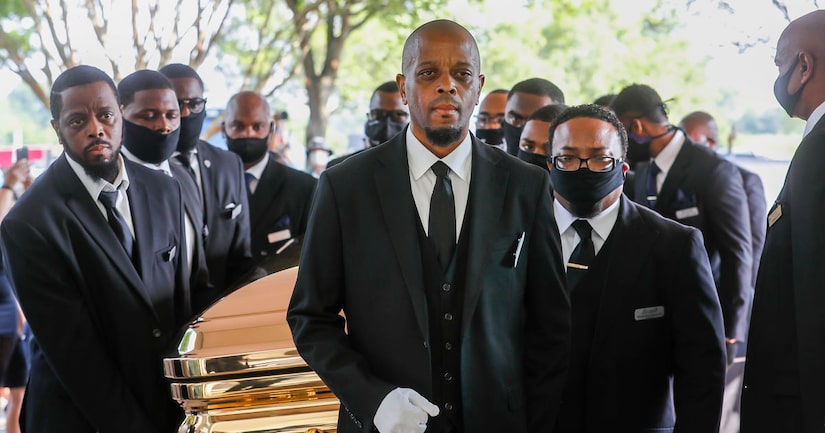 A private memorial service for George Floyd was held at the Fountain of Praise Church in Houston. 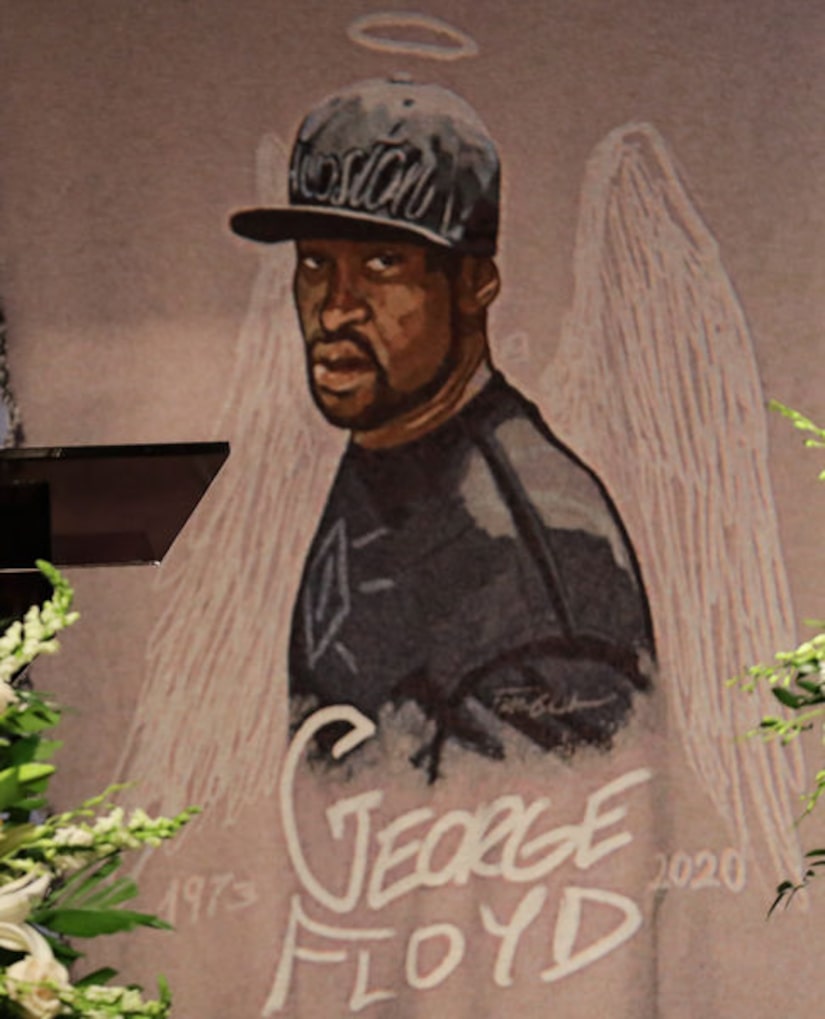 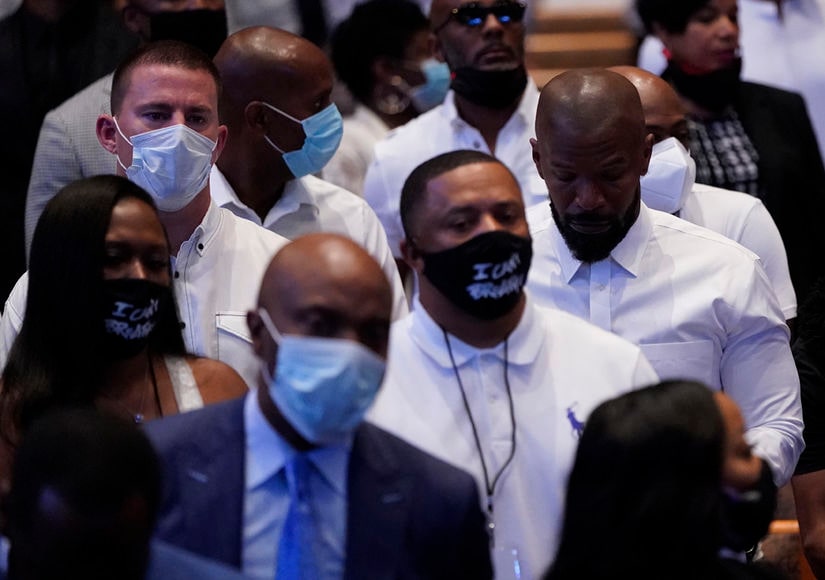 Sharpton gave a moving speech, calling Floyd's death not just a tragedy but a crime. “I hear people talk about what happened to George Floyd like there was something less than a crime… lives like George's won't matter until someone pays the cost of taking their lives.”

He later insisted, “How are you going to scare a bad cop if bad cops don't go to jail… Who taught these cops that they can do this to George but the cops who got away with this before?”

Calling out the police, he said, “We should expect more from you, and if you break the law you ought to be expected to pay an even higher price because you know better and you swore not to do that.” 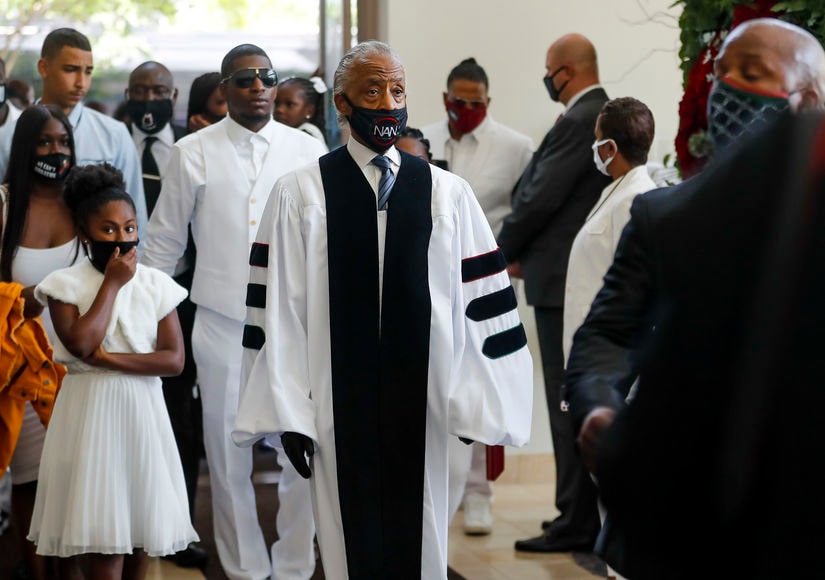 The families of other black victims of police brutality — including Eric Garner, Botham Jean, Pamela Turner, Michael Brown and Ahmaud Arbery — were also in attendance, and Sharpton pointed out, “We are not fighting some disconnected incidents, we are fighting an institutional systemic problem that has been allowed to permeate since we were brought to the these shores, and we are fighting wickedness in high places.”

Sharpton insisted, “Until America comes to terms with what it has done and what it did, we can't heal because you are not recognizing the wound.”

He also recognized how important Floyd is to the movement saying, “God always uses unlikely people to do his will. If George Floyd had been an Ivy League school graduate and one of these with a long title, we would have been accused of reacting to his prominence… but God took an ordinary brother from the Third Ward from the housing projects… God took the rejected stone and made him the cornerstone of a movement that is going to change the world.”

She asked, “Why must the system be corrupt and broken? Laws were already put in place for the African-American system to fail. These laws need to be changed.” 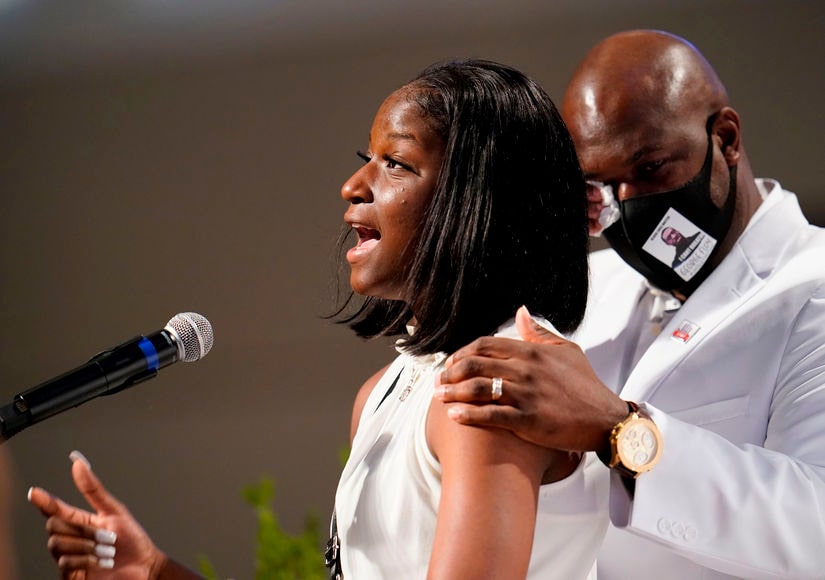 “No more hate crimes, please. Someone said, 'Make America great again,' but when has America ever been great?” she insisted.

She went on, “The officer took no remorse while watching my uncle's soul leave his body. He begged and pleaded many times just for you to get up, but you just pushed harder.”

“This is not just murder, but a hate crime,” Williams told the crowd.

“We must not turn away," he said, “We cannot leave this moment thinking we can once again turn away from racism that stings at our very soul, from systemic abuse that still plagues American life.”

Referencing an earlier conversation with the family, Biden said, "As I have said to you privately, we know. We know you will never feel the same again. Unlike most, you must grieve in public. It is a burden. A burden that is now your purpose to change the world for the better in the name of George Floyd."

Biden also spoke directly to George's 6-year-old daughter Gianna, saying, "I know you have a lot of questions, honey. No child should have to ask questions that too many black children have had to ask for generations: 'Why? Why is Daddy gone?'"

Ne-Yo also gave an emotional performance of "It's So Hard to Say Goodbye to Yesterday," and had to pause at times to get through the song.

Floyd, a 46-year-old black man, died on Memorial Day shortly after being arrested for a non-violent act in Minneapolis. Video of the arrest shows white police officer Derek Chauvin with his knee on Floyd's neck as Floyd says he can't breathe and pleads for help. Chauvin and the other three officers involved have been fired, arrested, and are facing charges in Floyd's death.

His death has sparked outrage around the world, and many have stepped up to protest in support of Black Lives Matter. 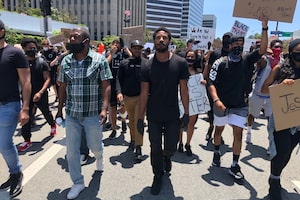 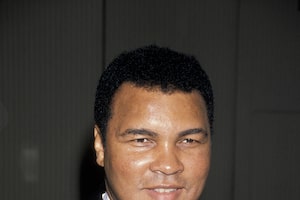 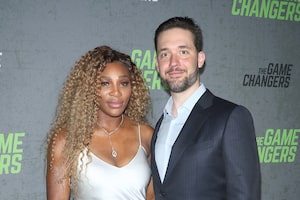