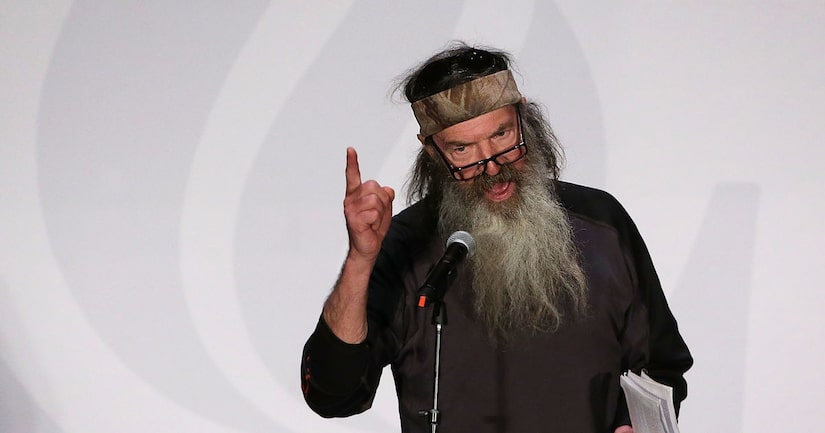 On the latest "Unashamed" podcast, Robertson's son Al revealed that he received a letter from a woman who claimed to be his sister. He said, “So basically, it was from a woman who said that by a DNA search, she thinks that Dad might be her dad.”

At first, Al “dismissed” the letter, but soon realized that “there might be something to this.”

After Al approached Phil about the letter, he agreed to take a DNA test, which was a “99.9 percent match.”

Phil, 74, has previously admitted to being a philanderer before devoting himself to God. It seems like his daughter was conceived before he became a born-again Christian in the '70s. In 1966, he married his wife Kay, the mother of his sons Willie, Jase, Jules and Alan.

Paraphrasing a verse from the Bible, Phil said, “We know that in all things — in all things — even sin, God works for the good of those who love him, who have been called according to his purpose.”

Phil noted, "It's a pretty cool explanation of redemption, reconciliation, love. As it turns out, 45 years, you have a daughter that you don't know about, and she has a father she doesn't know about. Forty-five years — that doesn't sound like very long, but you say, 'That's a while.' So finally, after all those years, we come together."

Phil's daughter Phyliss will be introduced on an upcoming episode of the podcast.