Food Network Chef Anne Burrell shared the happy news that she got engaged during quarantine!

“Extra's” Jenn Lahmers caught up with Burrell, who dished on fiancé Stuart Claxton's proposal and the new season of “Worst Cooks in America: Celebrity Edition.”

Anne and Stuart are quarantining with Anne's family in Cazenovia, New York. “Quarantined in my little town… with nine people, so, it's four teenagers… five adults, and of that group, there's two vegans and one gluten-free… Making a dish of pasta around here is not an easy affair… But it's been so fun.”

Opening up about the engagement, she said, “Shocking! We have been up here from right before St. Patrick's Day, and apparently the last thing he did before we left New York City was pick up the ring... We were here for three or four weeks before he made a plan with my mom, made a nice little proposal situation. It was so sweet.”

She went on, “[He] planned for us to have a date night… My mom set a beautiful table… He started talking about songs that should be on our playlist at our wedding…Then he got down one knee.”

Showing off her ring, she gushed, “He did a really beautiful job.”

The couple met on Bumble, and she said from the second they met, they knew they found the one. “I'm 50 years old, I'm like, 'Oh my gosh, I can't believe this is happening.'” She added, “Stuart didn't know who I was… He was not a Food Network fan, he didn't know chef Anne Burrell. I think that kind of helped.'

Burrell also chatted about “Worst Cooks in America: Celebrity Edition,” revealing, “Guess what, the celebrities are just like us, they can't cook. It's a crazy, nutty, but super fun cast this year. Sonja Morgan from 'Real Housewives of New York'... Wells Adams from 'The Bachelor'… Dave Coulier… Great and super funny cast… What we ask them to do is really hard, there is no faking it... It's so important to me that we truly teach these people.” 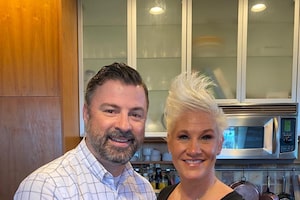 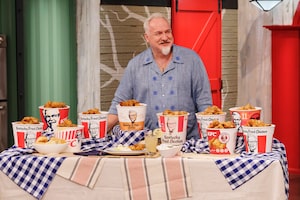 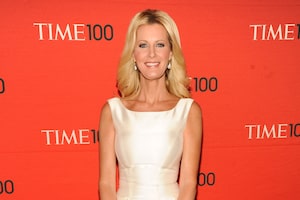