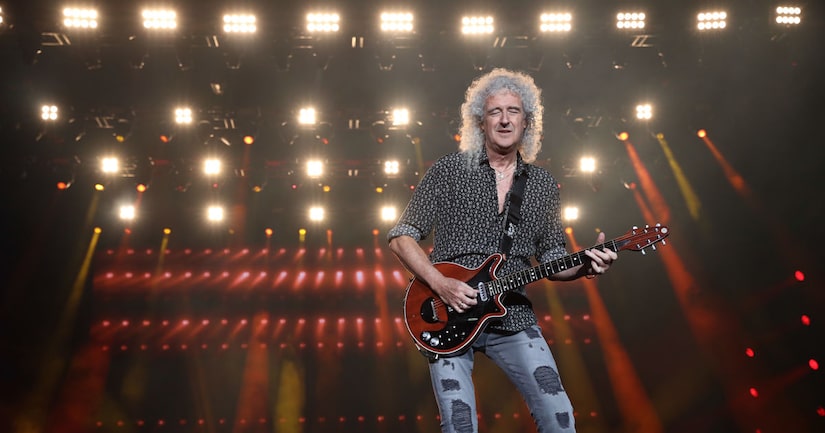 Just weeks after injuring his behind, Queen guitarist Brian May was hospitalized again.

Over the holiday weekend, May revealed that he had suffered a heart attack. In the midst to trying to figure why he was experiencing pain in his backside, the 73-year-old had what he called a “small heart attack.”

He shared, “I thought I was a very healthy guy. But I turned out to have three arteries that were congested and in danger of blocking the supply of blood to my heart. I could have died from that, from the blockages that were there. Anyway, I didn't die, I came out. and I would have been full of beans, if it weren't for the leg. I've only just got to the point where the leg is kind of livable.”

While some suggested May get triple bypass heart surgery, he opted for the insertion of three stents.

In his Instagram video, May also noted that an MRI showed that he was also dealing with a severely compressed sciatic nerve, adding, “I could not believe the pain. That's why I had the feeling that someone was putting a screwdriver in my back the whole time. It was excruciating.”

May ended his video, emphasizing, “We've all got to really look at ourselves as we get to the autumn years. What seems to be a very healthy heart may not be. I would get it checked if I were you. I will get it checked. … But I'm incredibly grateful that I now have a life to lead again. I was actually very near death. … But I'm good. I'm here. I'm ready to rock.” 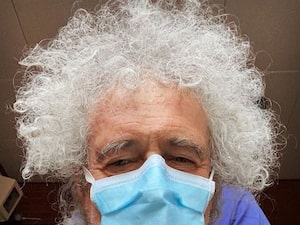 Just weeks before his injury, May was working during the COVID-19 pandemic, teaming up with Adam Lambert and Queen drummer Roger Taylor to release a new version of Queen's hit song “We Are the Champions.” All the proceeds from the single, which was retitled “You Are the Champions,” benefit the World Health Organization's COVID-19 Solidarity Response Fund.

“Extra's” Renee Bargh recently spoke with Adam Lambert, who dished on the fundraiser, saying they had decided to change the lyric and dedicate the song "to all the frontline workers that are pointing their lives on the line and are incredibly brave to be fighting this virus.” Watch!