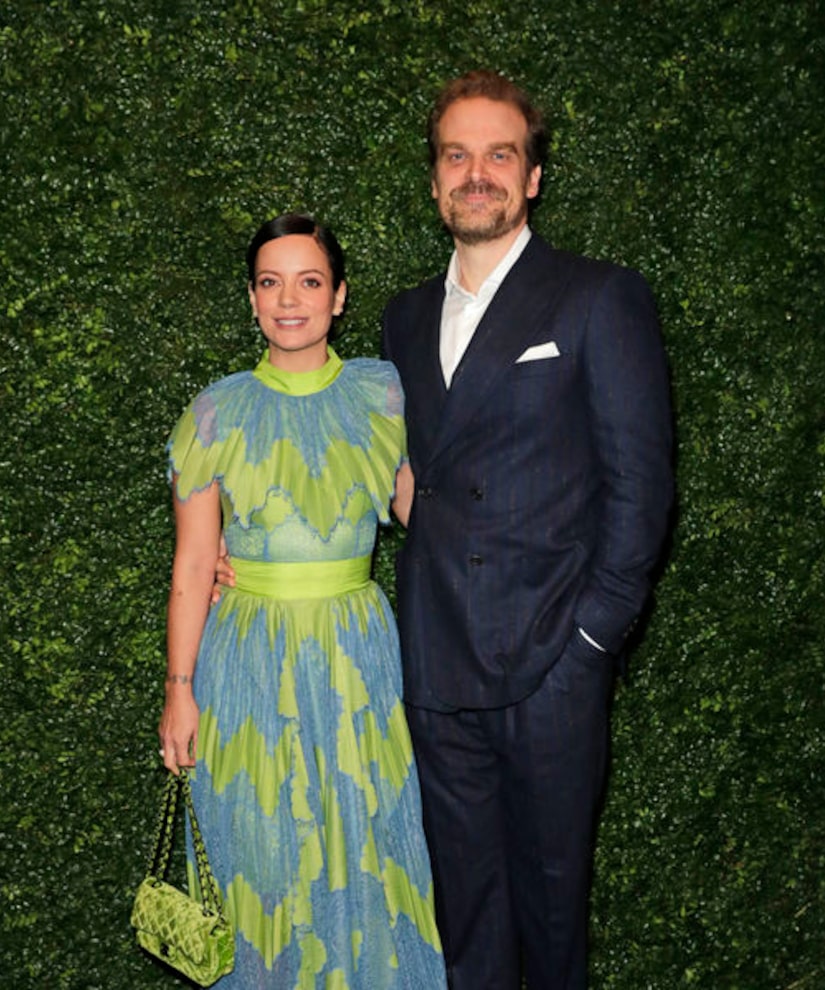 On Thursday, Allen posted a selfie, in which she wore a sparkly diamond ring on her finger.

Showing off her fit body, Allen wrote, “Daily Mail readers gon say it's photoshop. I AM RIPPED don't @ me.”

When a fan asked if she was wearing an engagement ring, Lily referenced an line from “Fight Club,” saying, “first rule of engagement club.”

The two have been the subject of engagement rumors for months. In March, David playfully called Lily his wife. During a recent Instagram Live session, Lily told David, “You think you married a pop star? You didn't.”

She clarified, “Not that we're married. We're not married. I just want to make sure you know."

Harbour quipped, “But she is my wife, my wife.” Allen commented, “We do pretend.”

In December, Allen also sported a gold band on her left ring finger while stepping out for a casual stroll in NYC with David.

David and Lily sparked dating rumors in August after they were seen enjoying a night out. Along with catching “The Lehman Trilogy” at Piccadilly Theatre, they also enjoyed dinner together. 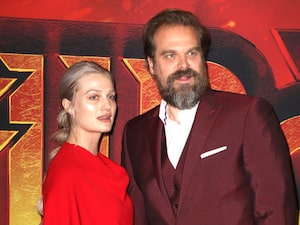 David Harbour & Alison Sudol Split — Has He Already Moved On to a Famous Singer?

Months before they started dating, Lily announced her split from Meridian Dan. She shared on Elizabeth Day's "How to Fail" podcast, “I'm single for the first time since I was about 15.”

She added, “It's just been bad news after bad news after bad news, and I think that fact that I haven't called him and been like, 'Hey, wanna come around for a cuddle?' means that it's big for me, because ordinarily, when things get difficult, I do need to have somebody around to share those problems.So the fact that I'm dealing with it all on my own, I'm growing up."

In 2017, David opened up about his ideal relationship, telling Women's Health, “I'm easily swept away, but I'm trying not to be as much. I'm better at the fantasy of relationships than I am at the daily real life, but I'm trying to steer myself into a realist. What I find most exciting now is sharp, intelligent, insightful women. People who are deep thinking, who have sort of a weird way of looking at the universe are wildly attractive to me. So if I can find one of those gals who can stand me, then maybe I might have something thing.”