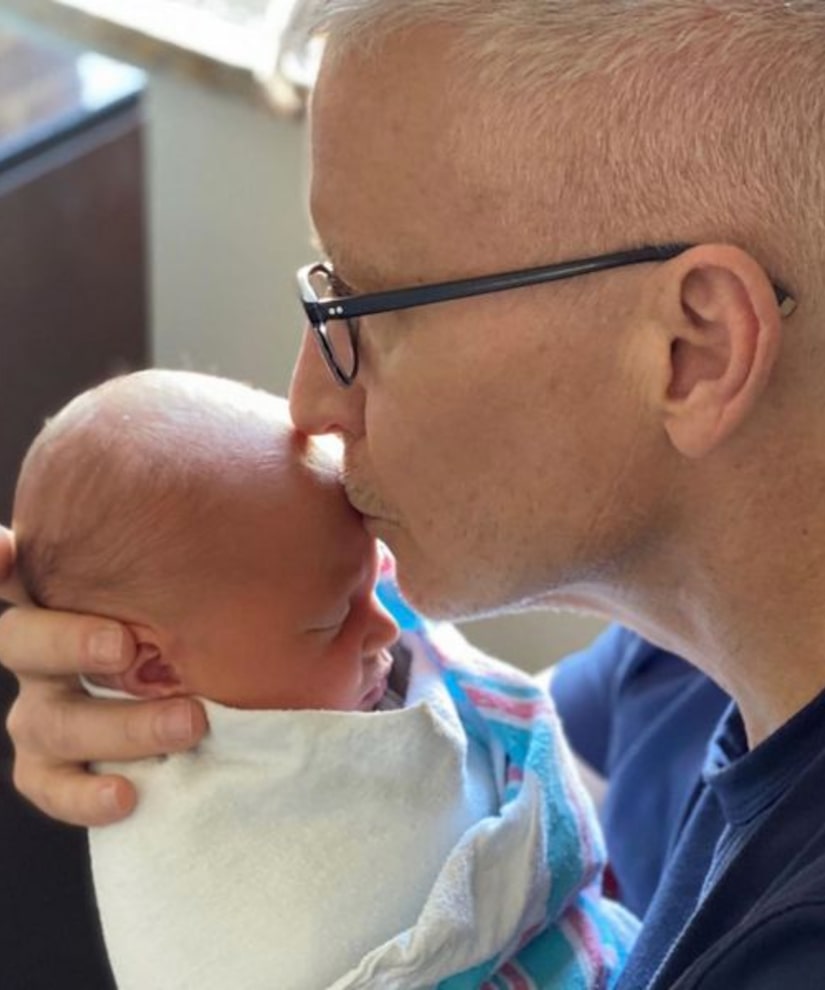 New dad Anderson Cooper opened up to Stephen Colbert about experiencing the loss of his mom Gloria Vanderbilt and the birth of his son Wyatt within the space of a year.

During the conversation, Cooper also confirmed that his ex-partner Benjamin Maisani will be a co-parent to Wyatt, despite their split in 2018.

"My mom died in June, so it hasn't even been a full year," the journalist said. "In the course of one year, just on a personal basis, to have experienced the loss of her life and to have been there when she breathed her last breath and to witness that and to be holding her at that time and then to suddenly, you know, last Monday night, to be in a delivery room with this amazing surrogate and her husband and my former partner Benjamin, who's going to be a co-parent to Wyatt, even though we're not together anymore, but you know, he's my family and I want him to be Wyatt's family, as well.” 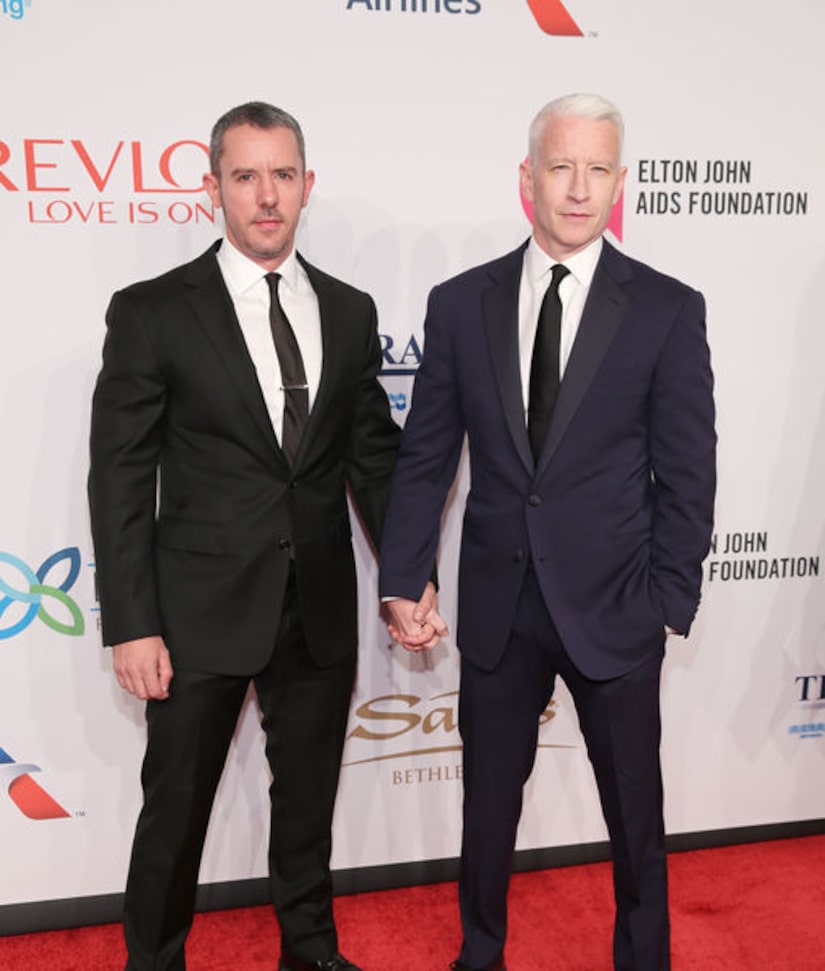 This isn't the first time Anderson has spoken about his bond with Benjamin following their breakup. He told the Daily Mail in 2018, "We are still family to each other, and love each other very much. We remain the best of friends, and will continue to share much of our lives together."

During his “Late Show” interview, Cooper got candid about fatherhood, saying, "I just stare at him and hold him," the 52-year-old said. “I just can't believe that… he's going to depend on me and that he's here. It's just astonishing… I've always dreamed about it, but I never thought I would actually be able to do it. It's been incredible."

His good friend Andy Cohen also came through with some hand-me-down clothes from his son Benjamin.

Describing himself as “inherently cheap” and always looking for a “good value,” he admitted he was a little lost when it came to baby clothes.

"First of all, it's a pandemic,” he said. “I was planning on kind of going shopping, which I hate to do. Then, like, online shopping — like, how do you do that for baby clothes? Like, do you go to, like, Buy Buy Baby or Amazon? I don't know. It just seemed weird. So, yeah, he just gave me all the clothes. I wanted my son to be like a Depression era child who grows up wearing hand-me-down clothes."

Andy also dished on Anderson during his Monday episode of “Radio Andy,” revealing Cooper had hired his former nanny.

"I'm so excited for the two of our sons to grow up together and be friends and get to know each other," Cohen said. "It's a great age difference for them to be pals, only one year. It was fun over this past year for Anderson to come over and for me… to watch him with Ben and know that this would be his thing. He was obviously paying attention to a lot. It's just great."

Anderson announced Wyatt's arrival on Instagram last week. He wrote, in part, “I want to share with you some joyful news. On Monday, I became a father. This is Wyatt Cooper. He is three days old. He is named after my father, who died when I was ten. I hope I can be as good a dad as he was.” He further explained, “My son's middle name is Morgan. It's a family name on my mom's side. I know my mom and dad liked the name morgan because I recently found a list they made 52 years ago when they were trying to think of names for me. Wyatt Morgan Cooper. My son."