Sealed with a kiss! Paris Hilton just celebrated her one-year anniversary by posting a kissing pic with Carter Reum.

The pic appears to be a throwback from an event, and Paris wrote in the caption, “Happy Anniversary my love. My favorite thing to do is make memories with you.Your kisses are magical⚡️ I love being yours and knowing you're mine. 😍😍”

Paris and Carter were first spotted together getting cozy at a Golden Globes after-party in January. People reports they were dancing and kissing at the Warner Bros. & InStyle party. At the time, a source confirmed to the mag, “They are dating and happy.” 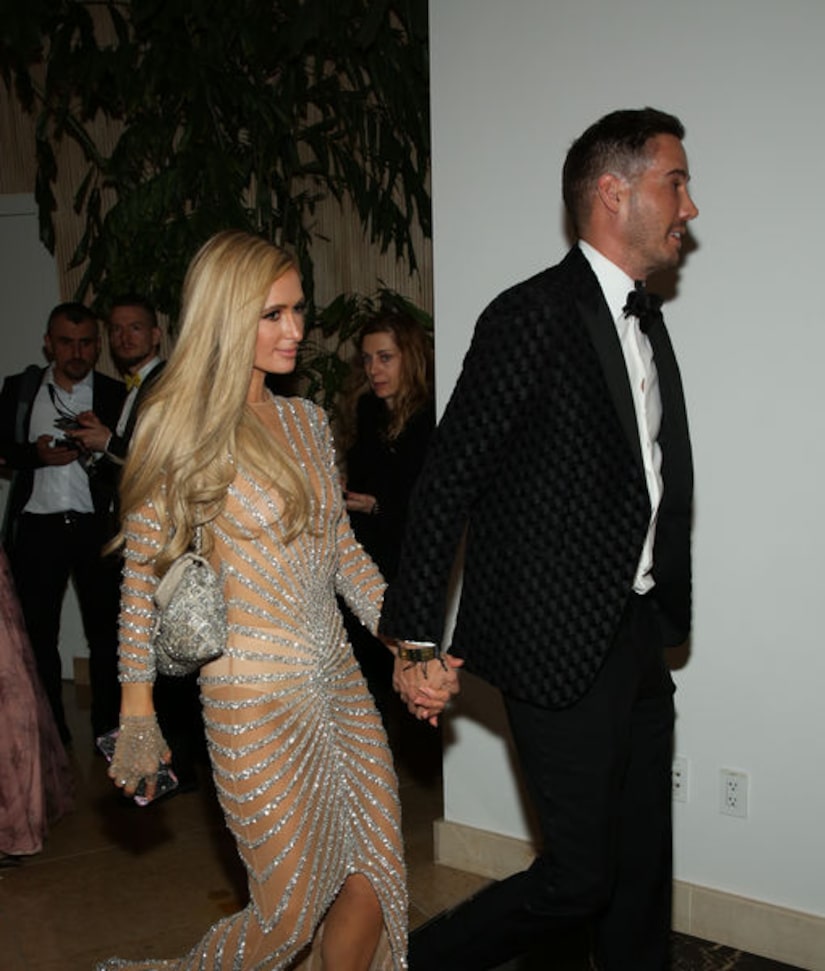 Reum is a family friend and co-founder of VEEV Spirtis.

This is Paris' first public relationship since splitting with fiancé Chris Zylka in 2018.