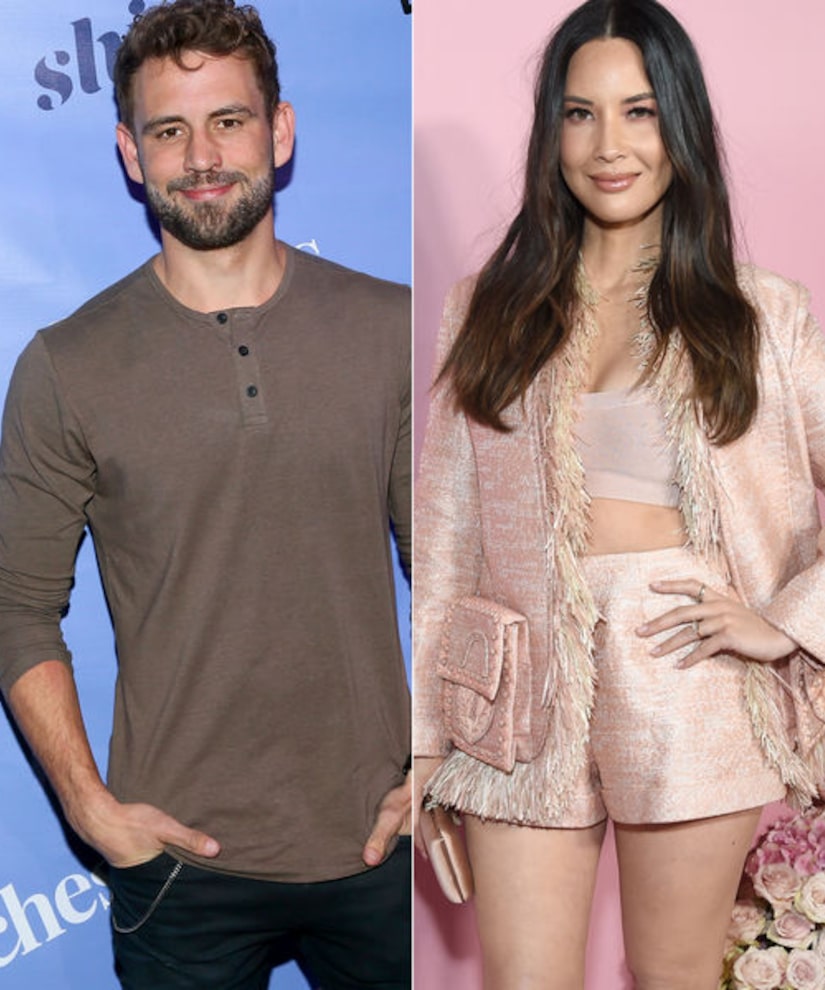 The star just confessed to Hannah Berner on her “Berning in Hell” podcast that he tried messaging Olivia Munn on New Year's Day.

He wrote, “I'm aiming high this year,” and she never replied!

Nick explained, “I didn't slide into her DMs because I actually thought she was going to reply — I've slid into some DMs and I really was shooting my shot and it went pretty well and I was like, 'Really? Okay.' I wasn't expecting a reply.”

Viall does believe she saw the message, saying, “She didn't write back. I love how anyone with a following is like, 'I don't check my DMs. I don't read my DMs.' Everyone f—king reads their DMs! Some more than others, but you notice the blue check mark. She f–king saw it, right? She had no interest in dating me. She probably laughed at my even, like, thought that there was a shot. But I'll tell you what I did — I made her smile and I made her laugh. She could have been repulsed by the idea of being in the same room as me, but she still could have laughed because it's a funny DM.”

When Hannah pointed out that it was a statement rather than a question, Nick insisted, “You don't have to ask 'What's up?' If you're sliding into someone's DMs of the opposite sex it's safe to assume there's a romantic interest. I think people make it weird when they try too much.… If she was remotely interested, she would have at least acknowledged that she saw it.” 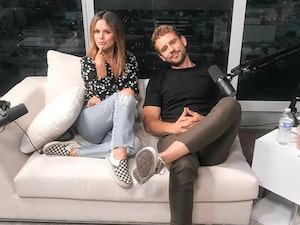 A few years ago, Viall dated January Jones after sliding into her DMs. Earlier this year, Jones confirmed the news on Dax Shepard's "Armchair Expert" podcast, explaining that he reached out to her via social media after she publicly blasted him.

January told Dax, "Then Nick slid into my DMs, and he's like, 'I'm so sorry that your perception of me is so negative. I'd love to take you out to coffee and see if I can change your mind.' And I squealed! I was like, 'Oh, my God!'… I was like, 'I hate that guy!'"

Her sister convinced her to go out with him. "My sister's like, 'If you don't go, you will forever regret it.' So I agreed to go on a date with him — or to drinks or whatever — and as I met him, I was rounding the corner, and I saw him, and he has this very distinct walk, and I had this instinct to run up to him and wrap my legs around his waist — you know, like they do? I stopped myself."

While they had a good time together, she confessed that they mostly talked about the show.

"All I did was grill him about the show," she said. "We went on a couple dates and then… yeah."They likely dated in late 2017 or early 2018, after she mentioned to James Corden that Nick wanted to challenge her on "Lip Sync Battle," around the same time that Nick started liking her Instagram posts. 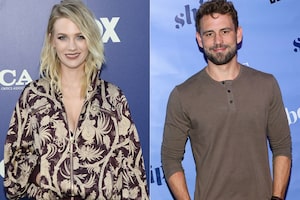 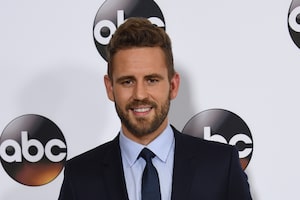 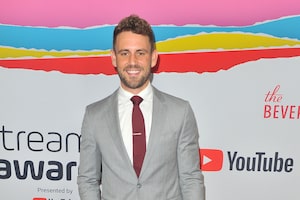