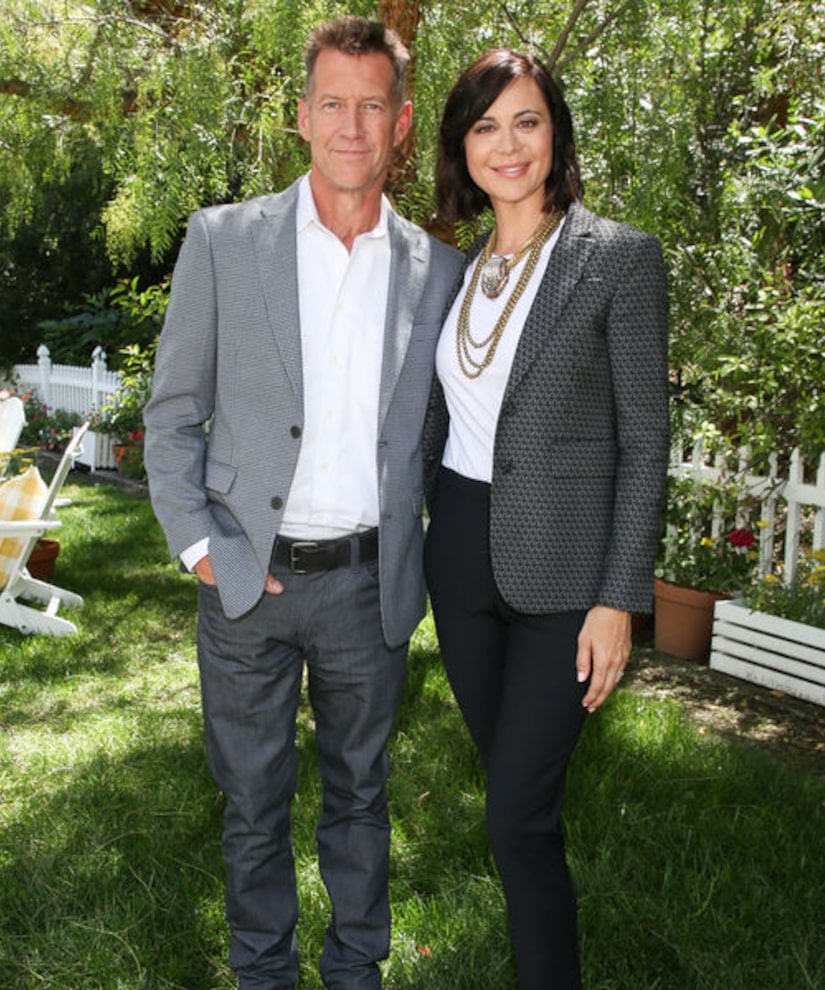 Catherine Bell and James Denton are back with Season 6 of “The Good Witch.” The co-stars spoke to “Extra's” Renee Bargh via Zoom, sharing how they're each handling quarantine at home with their kids.

Catherine admitted she's “a little stir crazy.” James said, “My son is like me… he's a little social distancer by nature. So he likes having school at home, and my daughter is social and she's going crazy. Catherine, however, has a house full.”

Catherine added, “Just trying to keep them all busy, that's the big challenge.”

Bell also dished on returning to her “JAG” role as Sarah “Mac” MacKenzie for “NCIS: Los Angeles.” She first reprised the character for the Season 11 premiere and was back on this week helping Callen, Hanna, and the team solve a possible war crime.

“It was so much fun,” she said. “The first time I put on that uniform in about 15, 16 years. 'JAG' ended when my daughter was 1; she's 17… It was such a blast. My character, she's so strong and so powerful, and having to say all that legal technical jargon, I was like, 'Oh yeah, I remember how to do this.'”

James, an alum of another hit show, “Desperate Housewives,” told Renee some of its cast members are reconnecting. “So we are doing a guys of 'Desperate Housewives' Zoom, I think, the day after tomorrow… It'll be the first time I've seen some of them since the show ended, which was seven years ago now.”

Meanwhile, Catherine and James' show “The Good Witch” is returning to the Hallmark Channel on Sunday. Catherine said, “It's crazy. I don't know where the time went. It's the little show that could.” James added, “We're really lucky.”

Both say their characters Cassie and Sam are still in the honeymoon phase. James insisted, “Always.” Catherine agreed, “Oh yeah, always… At the beginning of this, we are empty-nesters, so life is a little different.” James described it as “a different vibe this year.”