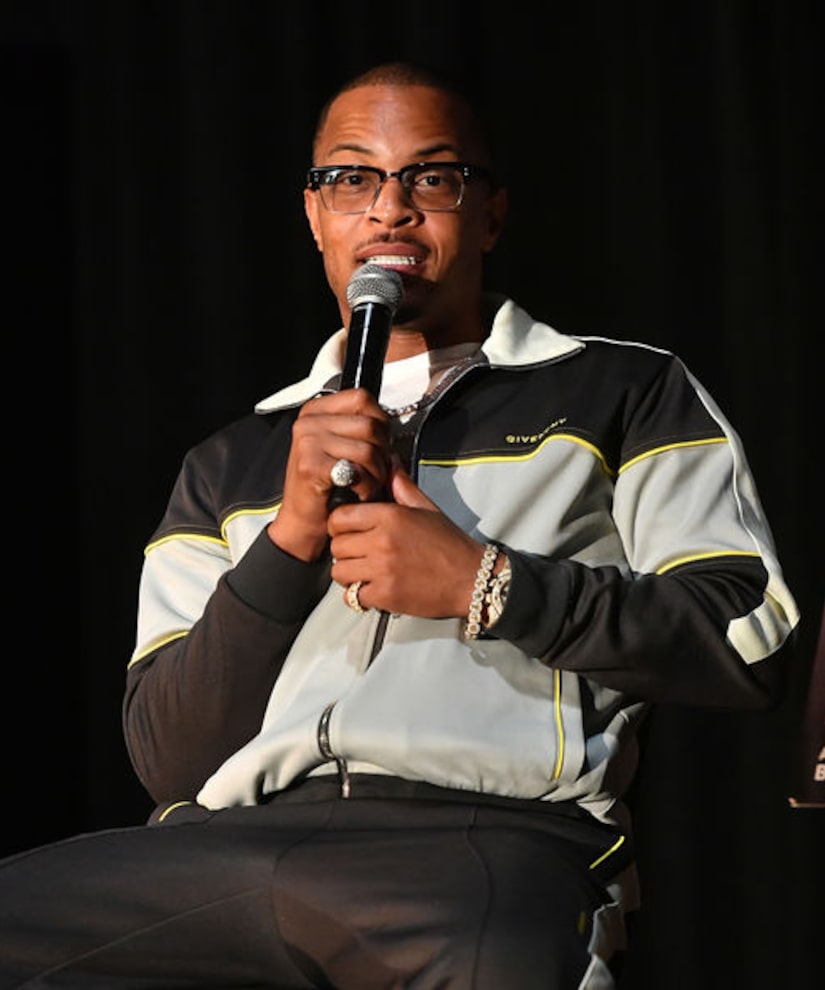 Georgia Gov. Brian Kemp has started lifting restrictions during the coronavirus lockdown, including opening businesses like hair salons and gyms. Not all residents, however, are onboard. “Extra's” Jenn Lahmers spoke with Atlanta native T.I., who called the decision “premature.”

T.I., who was driving around Atlanta with wife Tiny, told Jenn, “Right now we're on essential business,” adding with a smile, “No, actually we're looking at properties for purchase.”

The star made it clear he doesn't agree with Kemp's decision: “I think that it's premature… to put it bluntly. We're not at a point where we've flattened the curve yet.”

He continued, “I think it's still hitting our hospitals pretty hard and I think it may have been a premature decision. But the thing is, we have voices within our culture and the ecosystem of our city, and we speak for the majority when we say, 'Man, we think it's time to sit tight and wait on the next move.' I think that's kind of how people are going to follow through.”

For now, he isn't making any changes in his quarantine life despite the lift on some restrictions. “I'm going to keep it the same way I've been doing it, you know,” he said.

T.I. is enjoying the time with the family at home, saying, “It's been phenomenal. I actually appreciate the time to wind down and actually reacclimate myself to my home and spend time with the kids, family. It's been great.”

He has been busy working on his “expediTIously” podcast, and recently spoke to former Surgeon General Dr. Regina Benjamin on the impact of the pandemic on the African American community. “Yeah, yeah, we have been doing 'expediTIously',” he said, adding, “Just put a lot of facts to a lot of fiction that had been circulating on social media and dispelled some falsities for me, but one of the main things, man, that comes to mind is the fact that she said that there was a pandemic preparation department.”

How does he think the current administration is handling the COVID-19 pandemic? He said, “I'm no politician, I've never been a president before… Some of the things just based off what science is saying and common sense tells me that some stuff is kind of off the mark, but I don't think it's my place to really be too critical in a time like right now.”

You can catch the third season of his reality series “T.I. & Tiny: Friends & Family Hustle” airing Mondays at 9 p.m. on VH1.

“'Family Hustle' had already finished production before the pandemic hit, so it didn't affect that show at all,” he said. “However 'Rhythm and Flow' second season… we were just about to start holding auditions, and of course that was impacted by the circumstances that we're in right now… They can wait, those things can wait. Right now, I think the greater good of the health and wellness of the collective is what is far more important right now.”