Days after Maluma touched the world with his acoustic rendition of “Carnaval” for the "One World: Together at Home" concert for COVID-19 relief, the Latin superstar spoke to “Extra's” Renee Bargh.

Opening up about being the only Latin artist to sing in Spanish during the star-studded concert, he said, “It was very important for me, and it was such an honor to be a part of it and represent the Latin culture, the Latin community.”

Maluma is under quarantine at home in Colombia, where he has been donating to families and hospitals in Medellín.

He told Renee, “I've been eating like crazy… I was working out. I try to keep the balance, you know — eating a lot, but also working out.”

The 26-year-old transformed into an old man for the video for his brand-new single “Amor De Mi Vida” aka “ADMV.” Renee commented, “It translates to 'the love of my life.' So was it inspired by someone special?” Maluma insisted, “No, I'm single. Don't worry.”

Renee asked, “How many messages are you getting from women who are begging to be your quarantine partner?” Maluma laughed, revealing, “Recently, I put my phone number on my social media… I just wanted to find some friends… and I started receiving a lot of messages… of people calling it and wanting to be quarantined with me.”

Bargh replied, “I bet,” and Maluma continued, “There are a lot of women. I'm a single guy — why not?"

More seriously, the superstar singer admitted, "I can't wait for this to be over soon.” 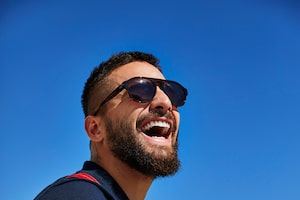 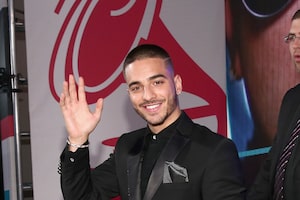 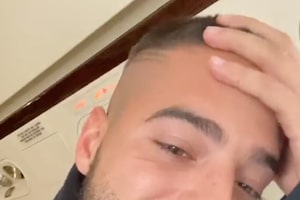