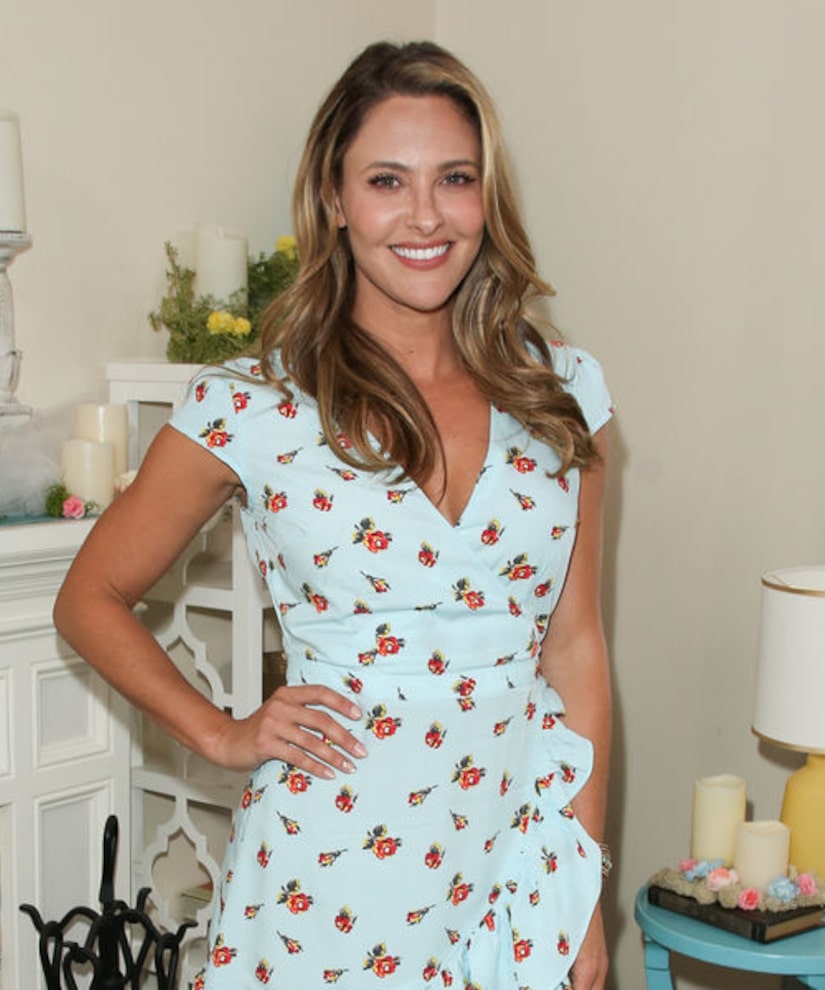 Jill told People magazine, “She was conceived on July 4 so we wanted a patriotic name and my husband is in the military so we chose her first name to be Army. We thought that was a good name to honor both. Her middle name is Gray (spelled the American way, with an A) because I have always loved that name. It is strong, intelligent, soft and feminine all in one… which is what I want her to be.”

David is also a dad to daughter Lija, 10. Jill shared, “Lija is loving being a big sis and all of the dogs are super curious about little Army Gray. I have a feeling Hank the farm dog is going to be super protective over her.”

As for the birthing process, Jill admitted she “really had no idea what to expect.” She added, “I didn't really have much of a plan going into [giving birth] except just to be open to anything the doctor said that would be best for the baby.”

“Having to give birth in a mask was not ideal but the silver lining throughout was that it allowed my husband and me to have this one-on-one intimate time with [Army] before we brought her home with no distractions,” Wagner went on. “It was some of the best sleepless moments of my life.”

Jill also gushed about David, saying, “He has been my rock through all of it. The most I have ever been attracted to him was when I saw him hold her for the first time. This has definitely created a bond with us like no other. Army has been a great baby so far. We actually got a decent block of sleep last night, a whole 4-hour run, which was amazing. While I know it's hard not getting my whole 8 hours, which I love… I don't mind the lack of [sleep]. She is worth it all!”

Jill announced she was pregnant in November. At the time, she told the outlet, “I feel amazing. The little one has been taking it very easy on me. No morning sickness, praise the lord!”

“My husband and I had been trying for a while and I finally stopped stressing over it and made an appointment with a fertility doctor,” she pointed out. “We actually found out at the doctor's appointment that I was already pregnant. It was shocking, scary and the best feeling in the world all at once!”

A few months ago, Jill revealed the gender of the baby with the help of Krispy Kreme donuts, which were filled with pink frosting.

Jill and David tied the knot in 2017. She recently celebrated their wedding anniversary, writing on Instagram, “3 years [ago] today I married the love of my life and my best friend. You are the reason I am so happy and now you have given me a baby to call my own. (The best gift of all) Thank you so much my love. You are my favorite and have always been since I was 17 🙂 #happyanniversary.”

Wagner has starred in Hallmark's “Mystery 101: An Education in Murder,” “Christmas in Evergreen: Tidings of Joy,” “Pearl in Paradise,” and “A Harvest Wedding.”