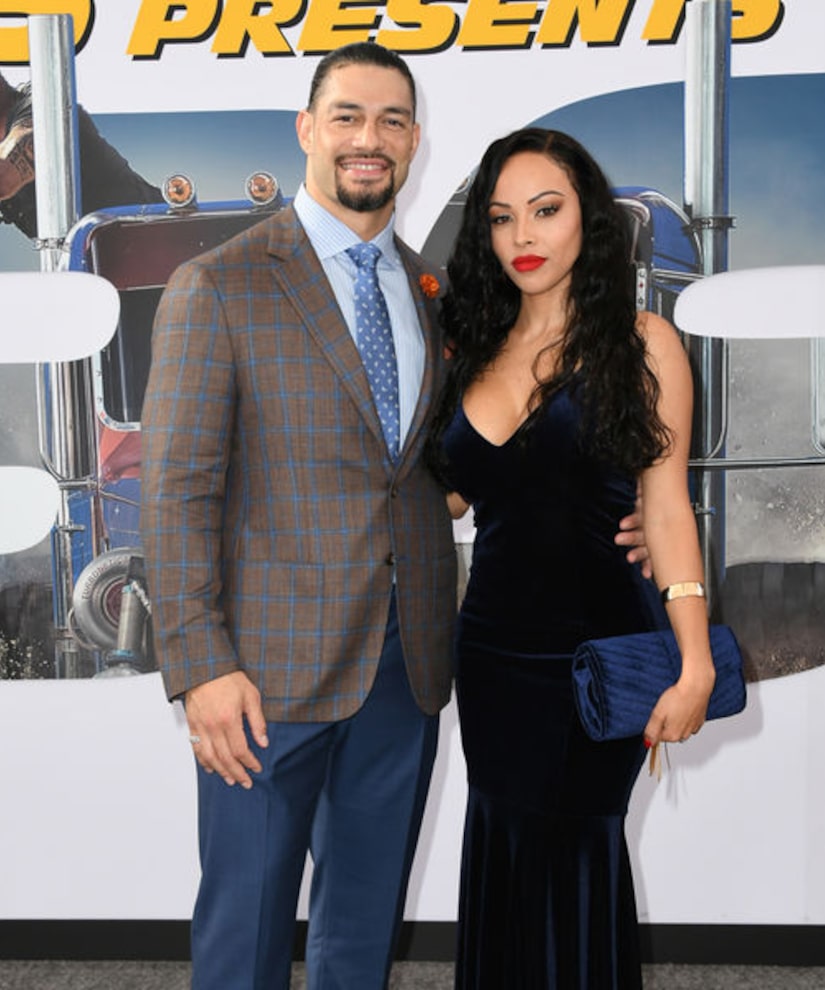 WWE star Roman Reigns, 34, is going to be a dad again!

Reigns and wife Galina are expecting twins. In an interview with Muscle & Fitness, he revealed, “Three with two in the oven, so I'm looking to be papa bear five. Breaking news — we haven't really shared that.”

They are already the parents of twin sons, 4, and daughter Joelle, 11.

When asked if he would let his kids play football, which he played growing up, Roman said, “It's probably best that they don't play too early. As they get older and they get more coachable, you can really explain the different techniques of hitting and how to protect yourself. And how to make those judgment calls of, 'Nah, Coach, I'm not good. I need to pop out. Send in Sammy real quick, 'cause I need to go to the sidelines.'”

The baby news comes just a few weeks after Roman announced he was pulling out of his WWE Universal Championship amid the COVID-19 crisis. The 34-year-old defended his decision, saying, “There's a nice handful of dudes and haters that didn't want me there, but the moment I make a choice for me and my family… I'm a coward? I'm a sissy?… But you don't know the whole story.”

Apologizing to his fans for not being able to compete, Reigns said, “For all my fans, you know I'm sorry I didn't get to compete this year and put on a show and entertain. But sometimes things are more important and I had to make a choice for me and my family, but no matter what, you already know the deal. I had to make a decision for me, but it doesn't take anything away from what I've done and what I'm going to do.” 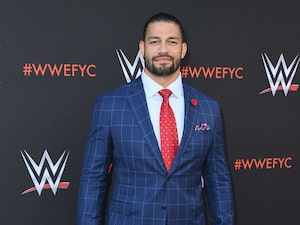 He added, “I still love this game, I still love pro wrestling, sports entertainment. I love being in the ring. It's a little weird being in the ring with nobody watching, nobody in the arena, but man, I'm ready to get back to work and I'm just taking these times, this little bit of time we have, to build up the outside and come as close as possible to perfecting the inside.”

Over the years, Reigns has been open about his battle with leukuemia, which he has been living with since the age of 22. In 2018, he made the heartbreaking announcement that his cancer returned.

Last year, he was in remission, telling “Extra's” Terri Seymour while promoting his film “Hobbs & Shaw” in Hawaii, “I made the announcement in October. The first couple of months, I just isolated myself at home with the family — that's where I went through the bulk of my struggles. The pains that I was going through, luckily God just kept an eye on me, he was favoring me… Around the holidays, I started to feel a lot better, my medication kicked in and started to do its job.”

As for how he was feeling, Roman told Terri, “I feel excellent. God, I feel great! It's one of those things you just have to be truthful with yourself.”