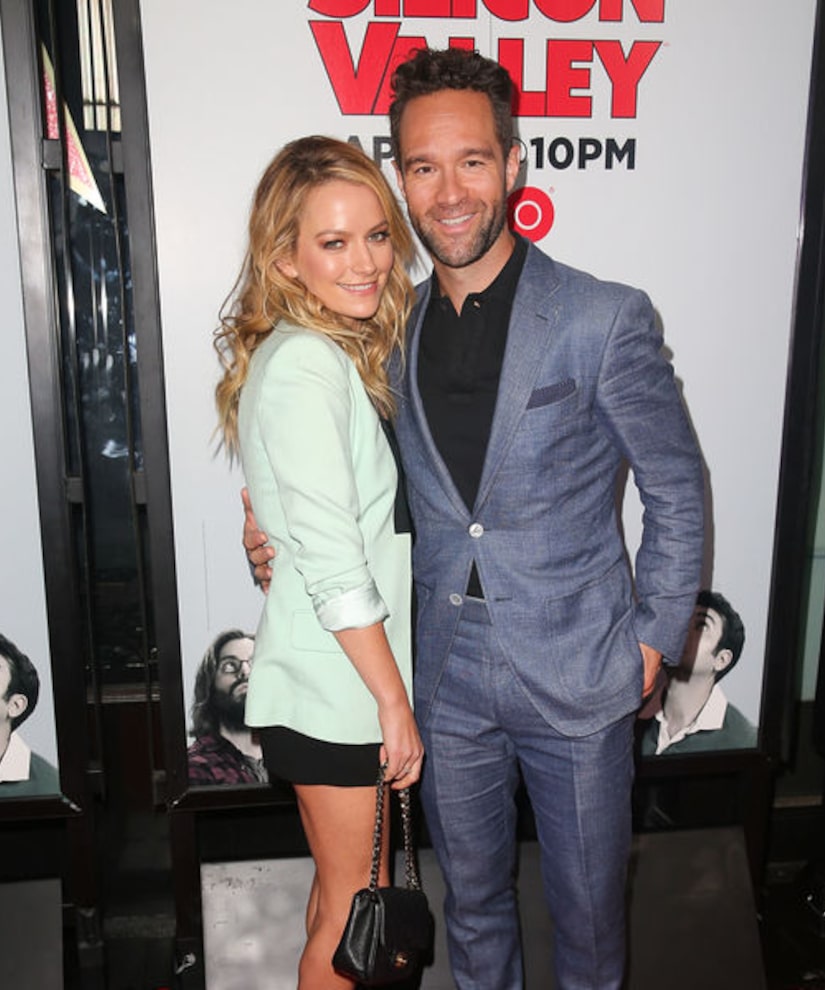 During an Instagram Live with her former co-star Michael Urie, Newton revealed that she welcomed a baby girl with husband Chris Diamantopoulos “a few months ago.”

Last month, Newton subtly announced her baby's arrival with a pic. She wrote, “Sharing a little glimpse of Hope....”

The baby news comes as a surprise because Newton never announced that she was expecting her third child.

Newton and Chris, who tied the knot in 2005, are also the parents of a son and daughter.

Becki's former “Ugly Betty” co-star America Ferrera recently announced she is pregnant with her second child. On Wednesday, she posted a pic of her bare baby bump, writing on Instagram, “As this baby grows inside and I attempt to breathe through the fears and unknowns of this time, I am thinking of all you other mamas bringing new life into this world right now.”

“And also of all the women across generations and centuries and borders who have and are currently birthing new life in the midst of so many extraordinary and daunting circumstances,” America added. “Life is a miracle, and mamas make it possible through their strength and power. Hang in there pregnant mamas! We got this.”