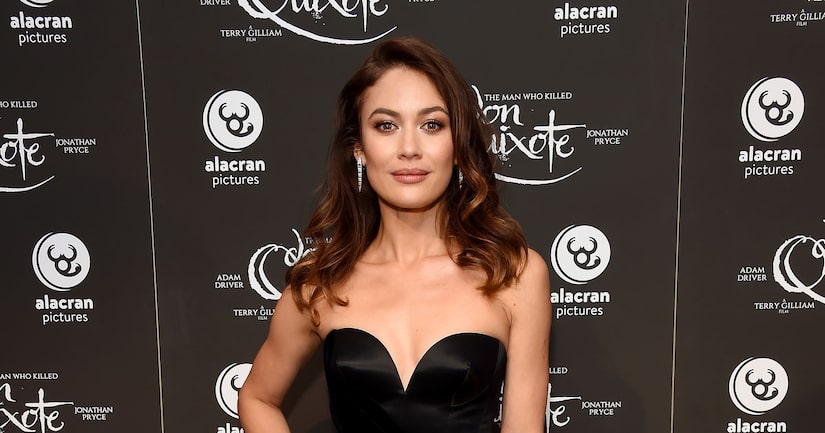 Actress Olga Kurylenko has tested positive for COVID-19, the disease caused by the novel coronavirus.

On Sunday, Kurylenko wrote on Instagram, “Locked up at home after having tested positive for Coronavirus. I've actually been ill for almost a week now. Fever and fatigue are my main symptoms. Take care of yourself and do take this seriously!”

Olga also included a pic from behind a glass window. It looks like she is in isolation/self-quarantined. It is unknown where she is at the moment, but she reportedly lives in France.

According to The Sun, the 40-year-old told her fans that she's eating garlic to help boost her immune system. She said, “I have cough only in the morning, then I do not have any cough at all. Unfortunately, we have no cure for this virus. We must wait until it passes.”

“To bring down the temperature, they said to take Paracetamol [acetaminophen], which I do,” Olga added. “That's all. Nothing more to do. Of course, I still take vitamins for myself like that. And I eat garlic, just for the immune system. I drink water. Squeeze lemons in water. That's all.”

Olga, who is the mother of Alexander, 4, appeared in the 2008 James Bond movie “Quantum of Solace” and in Tom Cruise's 2013 film “Oblivion.” 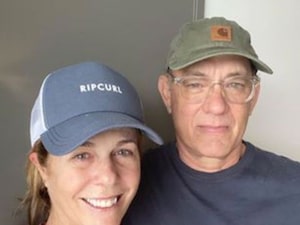 Hanks posted an image of a rubber glove discarded in a medical-waste bag, along with the message, "Hello, folks. Rita and I are down here in Australia. We felt a bit tired, like we had colds, and some body aches. Rita had some chills that came and went. Slight fevers too. To play things right, as is needed in the world right now, we were tested for the Coronavirus, and were found to be positive."

Utah Jazz basketball player Donovan Mitchell, who confirmed his positive test last week, also opened up about his diagnosis on Monday. In a video interview, he told “Good Morning America's” Robin Roberts, “I'm fine, things are going well, just in isolation. Got a unique set-up, but no fever, no symptoms as of right now. I'm just blessed to be able to be ok. Right now, just the biggest thing for me is to stay in isolation and just keep to myself, you know. I have no symptoms, which is a unique situation.”

EXCLUSIVE: “I think that's the scariest part about this virus is that you may seem fine.” @NBA star @spidadmitchell speaks out for the first time from isolation since being diagnosed with COVID-19, despite being “asymptomatic.” https://t.co/i9rZzYvW4s pic.twitter.com/wZJBteQjtV

He added, “I'm asymptomatic, you know, I don't have any symptoms. I could walk down the street if it wasn't public knowledge that I was sick. You wouldn't know it. I think that's the scariest part about this virus, is that you can seem fine, be fine, and you never know who you may be talking to and who they're going home to.”

As for the coronavirus test, Mitchell said, “For me it was a swab down the throat. It was about 15 seconds of probably the most discomfort I've ever had and I ended up crying, like tears falling from my eyes. It was definitely unique, but I'm glad I was able to get it done.”

Mitchell tested positive after it was revealed that his teammate Rudy Gobert was diagnosed with the virus. Gobert, mocking safety protocols, had touched reporters' recording equipment days before his positive test, for which he has since apologized. Mitchell admitted, “It took a while for me to kind of cool off. I read what [Gobert] said and I'm glad he's doing okay, and I'm glad I'm doing well. I'm really happy, to be honest, that it's just — I hate to say this — two of us, but it wasn't the whole party. At the end of the day, neither him or I have children at home. I know some teammates that have children and some staff that have children at home. So I'm glad that we were able to kind of contain it as much as possible.”