More than a month after Kobe Bryant and his daughter Gianna perished in a helicopter crash, his wife Vanessa is trying to smile through the pain.

On Monday, Vanessa shared a new family photo of herself with their three surviving daughters Natalia, Bianka and Capri standing in front of a mural of Kobe and Gianna.

Vanessa captioned the photo with lyrics from the classic song “Smile.”

Nat King Cole's rendition of the Charlie Chaplin song was also used to close the public memorial at Staples Center in late February.

The pic was posted one day after Vanessa shared a solo shot of Natalia in front of the same mural. Natalia was on her way to her winter formal.

It is clear that Vanessa is doing her best to “pull it together” for her family. A source recently told People magazine, “She is very, very aware that she is not the only person who is mourning — she’s got three little girls who have lost their father and their sister. They’re mourning too. Everyone is in pain, and Vanessa understands it enough to know that she has to be there for them and available to them.”

“She knows that they can’t lose their mother in addition to their father, and she’s determined not to let that happen,” the insider added. “They will get through this as a family.”

Along with being “heartbroken,” Vanessa is reportedly “relying on faith.” The source revealed, “She’s praying a lot, spending time just reflecting and meditating. She’s got a strong center, a strong faith. And she knows that Kobe did too. That comforts her.”

A few weeks ago, Vanessa poured her heart out onstage while remembering Kobe and Gianna at their public memorial. Struggling to hold back tears, Vanessa mentioned all the milestones they would miss, saying, “We will not see Gigi go to high school... we didn’t get a chance to teach her how to drive a car… I won’t be able to tell her how gorgeous she looks on her wedding day… I can’t imagine life without her.”

A tearful Vanessa ended her speech, saying, “God knew [Kobe and Gianna] couldn’t be on this Earth without each other… Babe, you take care of our Gigi… May you both rest in peace.” 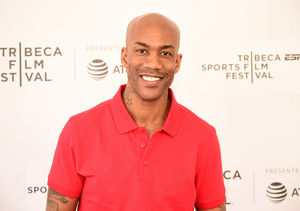