Thursday was a big Hollywood premiere night for Mark Wahlberg!

Mark spoke with "Extra's" Jenn Lahmers at the premiere of his new Netflix film "Spenser Confidential," where he celebrated his recent victory over Dr. Oz in a push-up challenge.

Wahlberg and Oz decided to end their disagreement on whether or not breakfast is a good thing. Apparently Dr. Oz thinks breakfast should be eliminated altogether, but Wahlberg strongly disagrees. The two raced to 59 push-ups, which Wahlberg won by a few seconds, and even threw in an extra push-up to make it an even 60.

Earlier in the day, Dr. Oz told "Extra's" Billy Bush, "So Mark's been giving me a hard time. We have a beef, he’s been trolling me, arguing that my advice to get rid of breakfast is wrong because he heard from his mom you should eat breakfast… The goal was to do 60 and we both got there, so I thought, 'Okay, here’s the deal — he’s on a full stomach… and I’ve had nothing.'"

Wahlberg did credit Dr. Oz for helping him change some of his ways, saying, “Yes, well, you know what? He was honest, but he did, he got me to stop being so stubborn and to be open to trying new things when it comes to fitness… I’m a little old-school when it comes to that, and I can be a little stuck in my ways, but everything that I’ve done that he recommend that I do, I feel that much better for, and I love that he was a good sport. He really toughed it out."

Mark isn't giving up breakfast, though. He said, "I'm still gonna have a little breakfast tomorrow… That being said, I've been doing plant-based for a couple of weeks and I feel great, so I did a cleanse, I did a whole bone broth, I did fast for a couple of days and I feel good and I think I’ll do whatever the role requires that I’m doing next, but in a perfect world, I want to feel good and be able to move and I think I’ve had less soreness and inflammation so I'm feeling it, I'm feeling the Dr. Oz method."

The pair actually worked out after the push-up challenge, and Mark told Jenn, "He didn’t want to admit that he was hurting, but he also didn’t want to stop. I love him. He's a good man."

The 48-year-old filmed "Spenser Confidential" in his hometown, Boston. He dished, "It's really an underdog story. Here is a cop who really can't stand by and watch injustice happen, and so he basically sees that a homicide investigation is kinda being buried under the carpet and he goes against his superiors, and when that doesn’t work out, he literally goes in and tries to do everything he can, ends up in prison, stays in population like a real man, and then gets out… and then there is still bad things happening, corruption, and he can't stand by to see somebody be a victim of injustice, and so he’s gonna go after these people."

Post Malone is also making his acting debut in the film. Though Posty was not at the premiere, he sent Wahlburgers to everyone. Mark raved, "Aw, man, that's my guy, he's always been a sweetheart. He's a huge fan of Wahlburgers. After he would record all night and everyone else would fall asleep in the studio, he would go in there, order everything, start drinking beers, and call me to hang out… I encouraged him to make his acting debut with me and he's a superstar. I think he is going to have a big, big career ahead of himself." 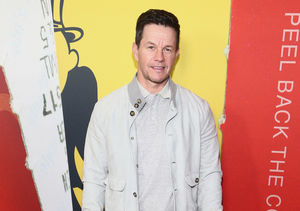 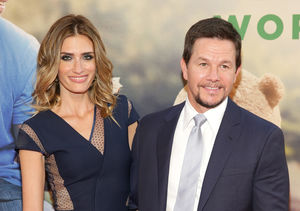 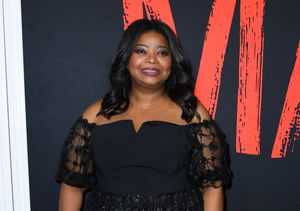 Jon Bon Jovi Says Teen Son Had COVID-19 Symptoms, Plus: How the… 6

How Christie Brinkley Is Giving Back Amid COVID-19 Crisis 7