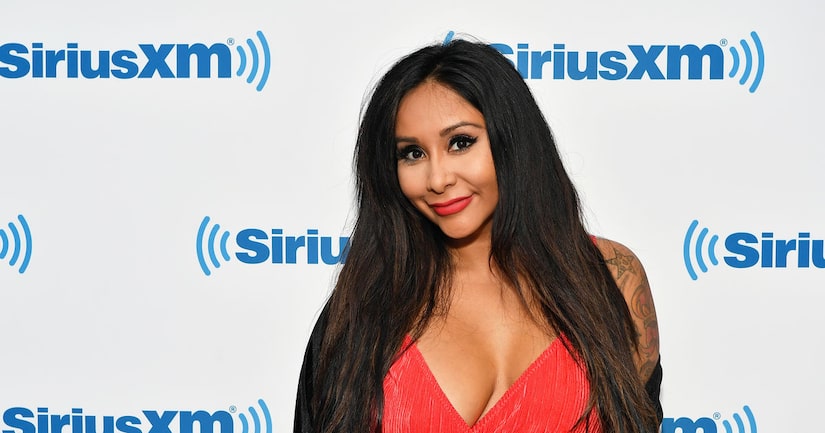 The “Jersey Shore” crew is back together again!

The castmates reunited for “Jersey Shore Family Vacation,” and Mike “The Situation” Sorrentino, Nicole “Snooki” Polizzi, Jenni “JWoww” Farley and Deena Cortese chatted with “Extra” at our WeWork offices in NYC about their latest adventure and their lives today.

The mid-season return of the show marks a homecoming for Mike, who was recently released from prison, where he served eight months for tax evasion. “It's the comeback season… They pick me up from prison the minute I was released, so that is real reality TV right there.”

The friends are at different places in their lives, and most have kids, except for Mike and missing castmates Angelina Pivarnick and Vinny Guadagnino. For Snooki, that means quitting the show. She told us, “It just wasn't working out for me filming-wise leaving my three kids.”

Would the star moms ever let their own kids do a show like “Jersey Shore?”

Snooki would tell her children, “I'd rather you not. Let's be better than that.” Deena was on the fence, saying, “I don't know… we had fun but…”

JWoww joked, “My kid fake-cries at this point, at 5. She knows how to turn it on. 'Honey, you're made for Broadway, not off-Broadway like 'Jersey Shore.' Shoot for the stars.'”

Mike insisted that if he had a child, he would be open to them joining a reality show, but they would need to talk about it first.

“At the end of the day, I feel like I could write the book on what not to do,” Sorrentino said. The ladies chimed in, “Same!”

The gang is having fun on their cross-country adventure this season. Deena said, “We do a lot of parties.” Snooki added, “I feel like we have a lot of celebrations.” Mike confirmed, “We do.”

Snooki shared, “We have a lot to celebrate.” 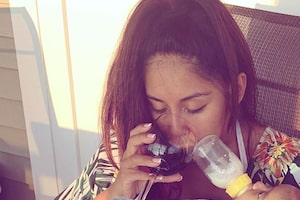 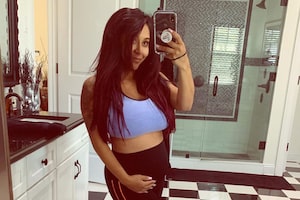 Snooki Posts Mirror Selfie and Gets Real About Her Postpartum Body 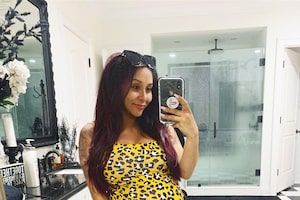