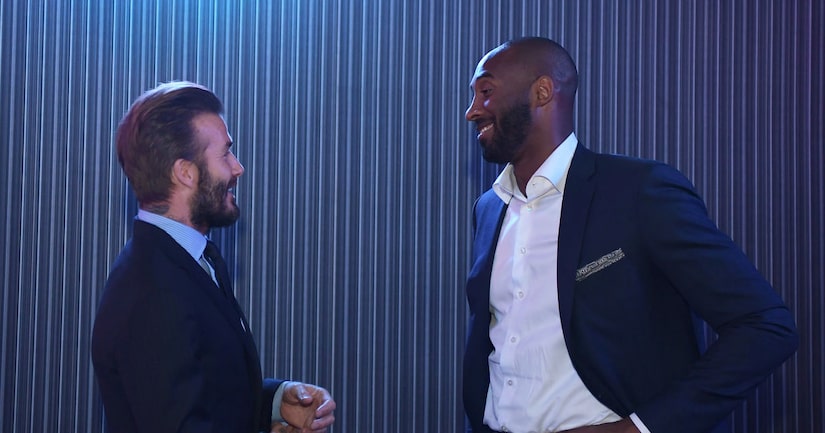 “Extra's” Nate Burleson was with David Beckham in NYC as he opened up about Kobe Bryant and his Inter Miami soccer team.

Speaking about Kobe, Beckham said it has been a “difficult time.”

“It's been hard for many people… It's been a difficult time as a fan, but also as a father,” he said. “We are all fans of Kobe. Kobe transcended the sport to a totally different level… He wasn't just a basketball player… He was a player we all looked up to.”

Beckham also told a sweet story about attending his Lakers games. “I was lucky enough to watch Kobe in most of the games over my six years there, and I used to watch people leave with maybe and minute to go," Beckham said. "I sat there till the last second because of Kobe. I wanted to see what he was going to do, even if he didn't do anything. I wanted to see him sit on the bench. We will miss him as an athlete… but mostly the connection that he had with people. The connection he had with his family. The connection he had with his girls is, for me, the most important thing. We send all our love and thoughts to the families who lost loved ones that day.”

He's also thinking of his own wife, Victoria, and their four children as he starts a new chapter in his life, as co-owner and president of Inter Miami.

“They always show me support,” Beckham said. “They know more than anyone how difficult this has been over the last seven years to get it to this point to where we are starting our first game this weekend. She knows how important this was to me. Victoria has seen me over the years go to Miami, come back, be happy, be sad… She knows how hard we worked to get to this point. She's very proud.”