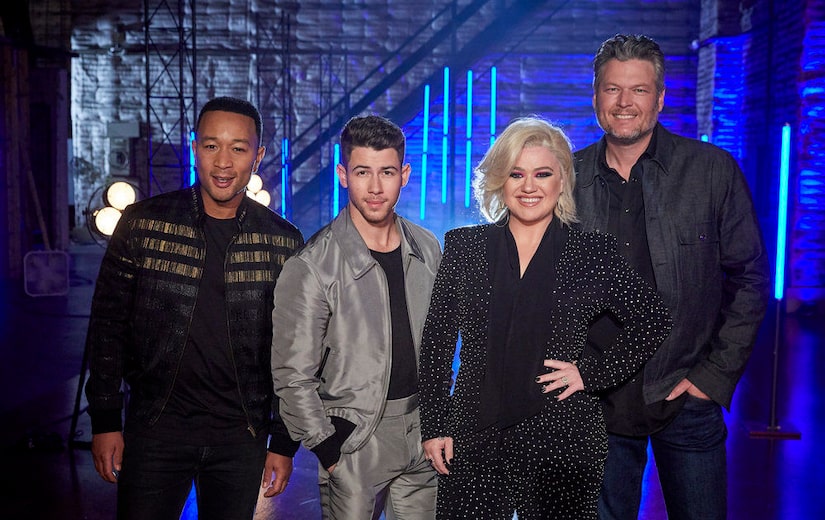 The new season of “The Voice” is about to start, and the coaches are getting used to the new addition… Nick Jonas!

Nick, who is joining the show in its 18th season, had his own fake shade to throw, quipping, “It's been horrible — really, I'm thinking of just quitting — working with these people.”

Kelly smiled, commenting, “We're a bunch of divas.” Nick admitted, “Day one was bit of nerve-wracking, but then we kind of broke the ice and the gloves came off.”

When Jenn made a bold prediction that Nick would be “next in line” for People's Sexiest Man Alive, a title that John currently holds, Kelly noted that he is going to get it.

John agreed, saying, “He's probably going to get it soon, too.”

Blake shared his own two cents, saying, “He's more of, like, a teen-magazine sexiest teen alive.”

What does Nick wants if he wins “The Voice”? He answered, “I just want to see Blake, like, attempt to do some push-ups.”

Blake's responded, “Well, unfortunately for him, they used to call me Hook-Shot Shelton in high school…I'm almost hoping he does beat me now and then I can beat him at basketball.”

Kelly revealed the one thing Nick already beats all the coaches at… screaming fans! “Literally, it's like 'Woo, John! Woo, Kelly! Woo, Blake!' and then it's like [screaming]," she said. "They're like, literally, it is like the Beatles have entered the building it's so shrill, and it's not just girls, it's like every human on the planet in the room. They're so excited. So I definitely think he brings a fan base.”

Nick has had a huge fan following since the Jonas Brothers hit it big over 10 years ago.