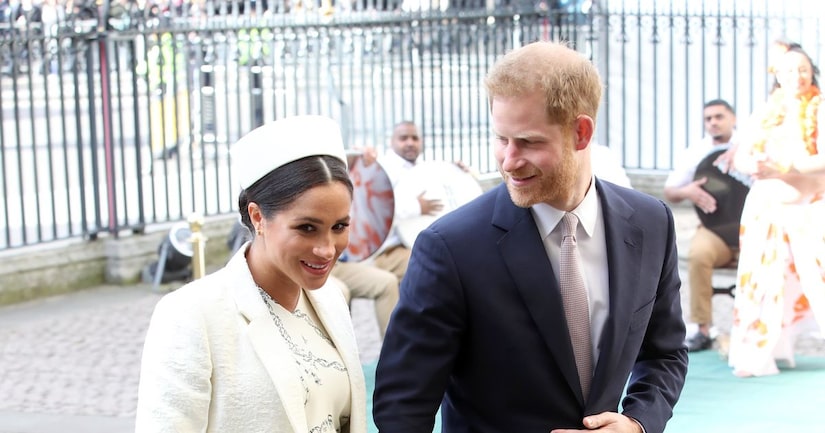 Prince Harry and Meghan Markle will officially be done with their royal duties on March 31.

Effective on April 1, the pair will no longer have an office at Buckingham Palace.

Their spokesperson told People magazine in a statement, “The Duke and Duchess will be spending their time in both the United Kingdom and North America. In addition to continuing to work closely with their existing patronages as they build a plan for engagements in the U.K. and the Commonwealth throughout the year, The Duke and Duchess have also been undertaking meetings as part of their ongoing work to establish a new non-profit organization. The details of this new organization will be shared later in the year.

“In general, the themes of their cause related work will remain unchanged, which includes the Commonwealth, community, youth empowerment and mental health, collectively,” the spokesperson continued. “As there is no precedent for this new model of working and eventual financial independence, the Royal Family and The Sussexes have agreed to an initial 12-month review to ensure the arrangement works for all parties.”

Right now, Harry and Meghan have their charitable organization named Sussex Royal, but they will reportedly need to “re-brand.”

Media correspondent Neil Sean told Fox News, “After weeks of talks, the queen and senior officials are believed to have told the couple the term 'royal' is inconsistent with their 'branding.'”

Sean elaborated, “This has not gone down well with the couple who truly thought they were fine with… re-branding themselves. Now the queen has other plans, too, which will make the ongoing push to be [independent] harder than they first thought.”

Another source pointed out that the couple is in “ongoing discussions” about using the word “royal.” They told People magazine, “As the Duke and Duchess of Sussex are stepping back as senior members of the royal family and will work towards financial independence, use of the word 'royal', in this context needed to be reviewed. Discussions are still ongoing.”

In January, Harry and Meghan made the shocking announcement that they were stepping back as senior members of the Royal Family. They wrote on Instagram, “After many months of reflection and internal discussions, we have chosen to make a transition this year in starting to carve out a progressive new role within this institution. We intend to step back as 'senior' members of the Royal Family and work to become financially independent, while continuing to fully support Her Majesty The Queen. It is with your encouragement, particularly over the last few years, that we feel prepared to make this adjustment. We now plan to balance our time between the United Kingdom and North America, continuing to honour our duty to The Queen, the Commonwealth, and our patronages.”