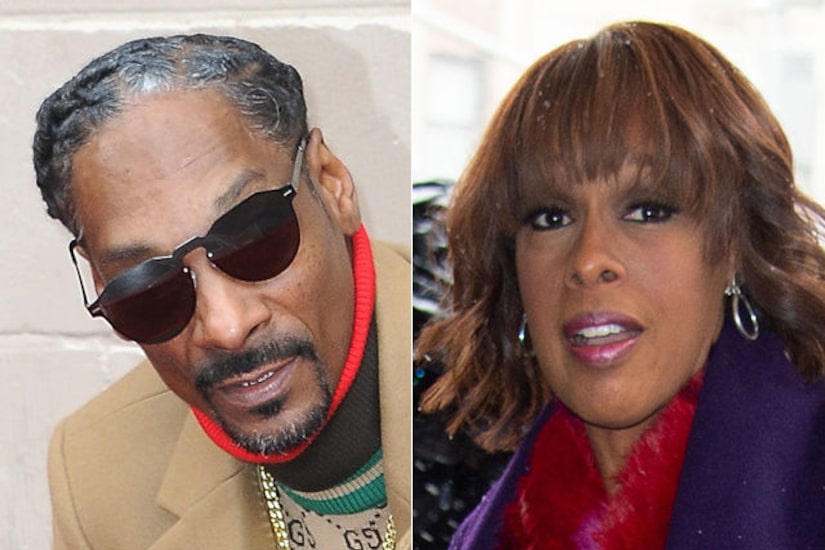 Rapper Snoop Dogg is looking to smooth things over with Gayle King after slamming her for her recent interview with WNBA star Lisa Leslie.

Over a week ago, Snoop expressed his strong disapproval of King after seeing a clip of her “CBS This Morning” interview, in which she brought up Kobe Bryant's 2003 court case to Leslie. Gayle defended herself, pointing out that the clip was “totally taken out of context.” She added, “For the network to take the most salacious part, when taken out of context, and put it up online for people who didn't see the whole interview is very upsetting to me and that's something I'm going to have to deal with, with them. There will be a very intense discussion about that."

In a new Instagram video, Snoop apologized to Gayle, saying, “When you're wrong, you gotta fix it. So with that being said, Gayle King, I publicly tore you down by coming at you in a derogatory manner based off of emotions, me being angry at the questions that you asked. Overreacted, should have handled it way different than that. I was raised better than that.”

“So I would like to apologize to you publicly for the language that I used and calling you out of your name and just being disrespectful," he went on. "I didn't mean for it to be like that. I was just expressing myself for a friend that wasn't here to defend himself. A lot of people look up to me and they love me and they appreciate me, so I want to let them know that anytime you mess up, it's okay to fix it, it's okay to man up and say that you're wrong. I apologize. Hopefully we can sit down and talk privately."

The caption for Snoop's video read, “Had a talk with my momma thank u mamma. 2 wrongs don't make it right time to heal. @gayleking Peace n love Praying for u and your family as well as Vanessa and the kids."

In his original video, Snoop made it clear that he was upset with Gayle, saying, “How dare you try to tarnish my motherf**king homeboy's reputation… Respect the family and back off.”

Along with revealing that Gayle was not “doing well,” Oprah told “Today” host Hoda Kotb last week, “Anybody can criticize anything, but the misogynist vitriol, and the attacking to the point where it is dangerous to be in the streets alone because... it's not just the people who are attacking, it's the other people who take that message and feel like they can do whatever they want to because of it."

.@Oprah emotionally responds to backlash her friend Gayle King received over King's recent interview about Kobe Bryant with WNBA legend Lisa Leslie: “She is not doing well because she has now death threats.” pic.twitter.com/M8HrCp8vTr

Schumer wrote on Instagram, “I stand fiercely with @gayleking one of the most beloved journalists, mothers and friends of our time. However you feel about her interview, her receiving serious death threats is disgustingly unfair and unacceptable.”

Rice tweeted, “This is despicable. Gayle King is one of the most principled, fair and tough journalists alive. Snoop, back the **** off. You come for @GayleKing, you come against an army. You will lose, and it won't be pretty.”

At the Vanity Fair Oscar Party, Martha Stewart weighed in on her friend and co-star Snoop's comments about King, telling “Extra's” Terri Seymour, “Snoop speaks for himself. Read his comments.”