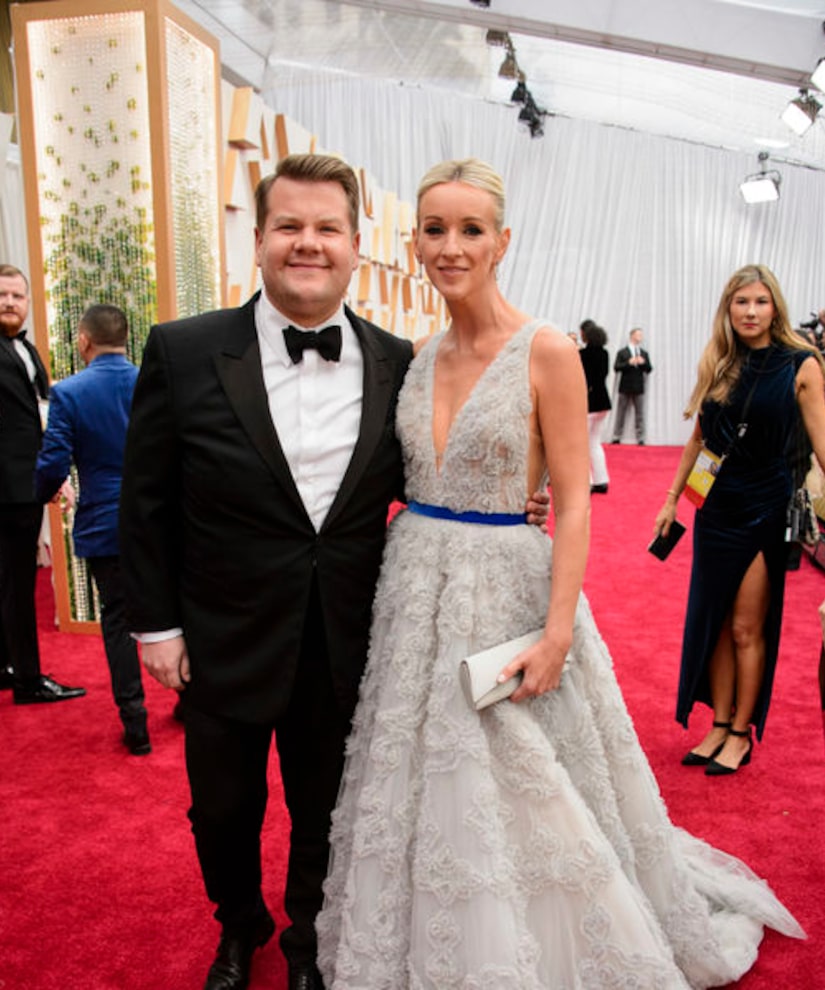 It was date night for James Corden and his wife Julia Carey at the Oscars.

“Extra's” Billy Bush caught up with the “Late Late Show” host, and tried to get Julia to join them. James joked, “She has no interest in talking. She is far too cool.”

The comedian went on, “I say to her quite regularly, 'The only mistake you made was marrying me…' The other day, I looked at myself in the mirror in my underpants and went over to her and apologized and she accepted my apology.”

Corden also weighed in on Joaquin Phoenix curtsying for Prince William at the BAFTAs. James said, “It's a gender fluid approach to the royals which I am all for, bow or curtsy… Anything Joaquin does is probably super cool.”

He also shared his thoughts on the Oscars going without a host again. He said, “It is a really, really hard show to host.”

So would he ever take the job? He admitted, “Luckily, that's never been a question I have needed to give any thought.”