Only “Extra’s” Cheslie Kryst was with “Empire” star Taraji P. Henson, who has been busy shooting the last season of the hit FOX show, planning her wedding, and launching a haircare line.

Her wedding day was supposed to be coming up soon, but Taraji broke the news that she and fiancé Kelvin Hayden have changed the date! She shared, “I mentioned one date… it was 4/4/20 and we were really going to do it 4/4/20, but my wedding planner was like, ‘Okay, in case it rains, we'll have umbrellas’…and I was like, ‘You know what, never mind about April, let’s move it later.'”

Henson didn’t reveal the new date, saying, “I’m not gonna share it.” She added, “I am excited. I usually don’t get excited until it's closer to me. It still seems so far off.”

What we do know… she’ll be watching the Super Bowl with her former NFL pro fiancé. She commented, “Well, you know, he’s an ex-NFL, so…and a Super Bowl champ… He watches and he goes, ‘Owww!’ and the way he says ‘ow’ is as if he’s saying, ‘So glad I’m not out there.'”

Taraji is getting ready to say goodbye to “Empire,” saying, “We’re almost finished, like, we have four more [episodes] to go.”

Though FOX Entertainment president Michael Thorn recently shut down the possibility of Jussie Smollett’s return, Taraji is still holding out hope. She said, “I don’t know, I’ve been saying it, I don’t know if my dream is going to come true, but I just, ya know, I would have him back because he’s such an integral part of the show. Cookie misses him, I miss him, we all miss him.”

The cast has even brought it to the network. She dished, “We've signed letters, we've done it all.”

Henson played coy about rumors of a Cookie spin-off, saying, “I don’t know, that’s what I don’t know.”

When Cheslie commented that Taraji brought life to Cookie, she responded, “Yeah, well, it’s time for me to make something else iconic.”

Now she is making her mark on the beauty world with her line for Protective Hairstyles at Target called TPH. She dished, “I’ve always been into hair since I was a little girl. When I made my first formulation, it literally was just for me. I had no intention in making it a brand and selling it to the masses.” 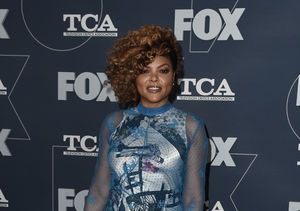 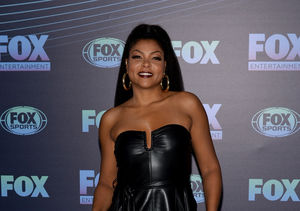