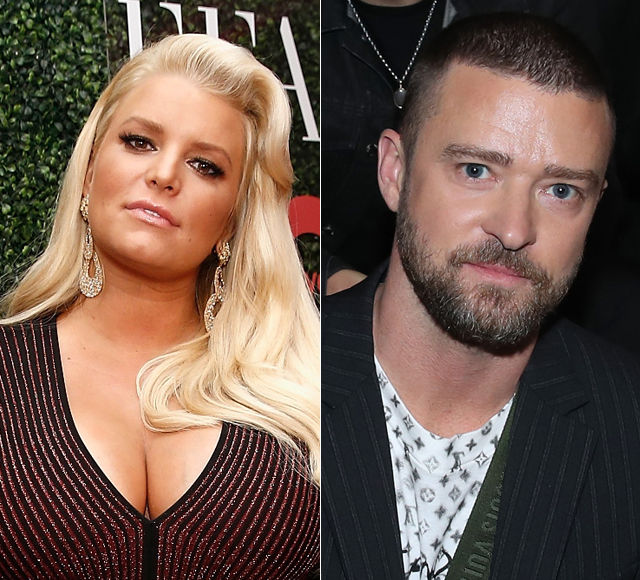 Singer and business mogul Jessica Simpson has a secret to share about Justin Timberlake!

While promoting her new memoir “Open Book” on “Jimmy Kimmel Live!” on Wednesday, Jessica revealed that she once kissed Justin Timberlake after calling it quits with ex-husband Nick Lachey.

Jessica and Justin ran in the same social circle, even though she didn’t nab a role on “The All New Mickey Mouse Club” in the '90s. She made it to the finals but lost out to Christina Aguilera. The show featured familiar faces, like Timberlake, Britney Spears, Ryan Gosling, J.C. Chasez, and Keri Russell.

She said, “I knew Justin Timberlake very well. After the divorce and he [Justin] was out of a relationship, he was over at my house and we shared a nostalgic kiss, and I thought, ‘Oh, this is interesting.’ And he took his phone out and started typing. And I was like, ‘Okay, I hope that’s not another girl. Did I, like, stick my tongue out too much or, you know?'”

“Apparently him and Ryan Gosling had a bet on who would kiss me first when they were 12 years old. And so, he texted Ryan and said he won the bet,” Jessica went on. “And I was like, ‘Oh, okay. Um… so we don’t kiss again. That’s done.'”

Though Simpson kissed Timberlake, it was Gosling who had her heart back in the day. She admitted, “Ryan was the one that I was… when I was 12, I was, like, ‘This guy is so cool and he’s from Canada. I don’t know where that is on the map, but I really think that that’s amazing.’ And there was something so cute about him. But Justin won the bet.”

When asked if Justin and Ryan know that Jessica mentioned them in the book, she said, “No, but that’s just a little part.”

In the book, Jessica also opened up about her past romance with John Mayer. She wrote, “Again and again, he told me he was obsessed with me, sexually and emotionally.”

Jessica Simpson's Stunning Confession: ‘I Was Killing Myself with All the Drinking and Pills’

She admitted that she would drink to hide her anxiety. She wrote, “I constantly worried that I wasn’t smart enough for him… He was so clever and treated conversation like a friendly competition that he had to win… My anxiety would spike and I would pour another drink. It was the start of me relying on alcohol to mask my nerves.”

"Open Book" focuses on her rise to superstardom and her road to sobriety.