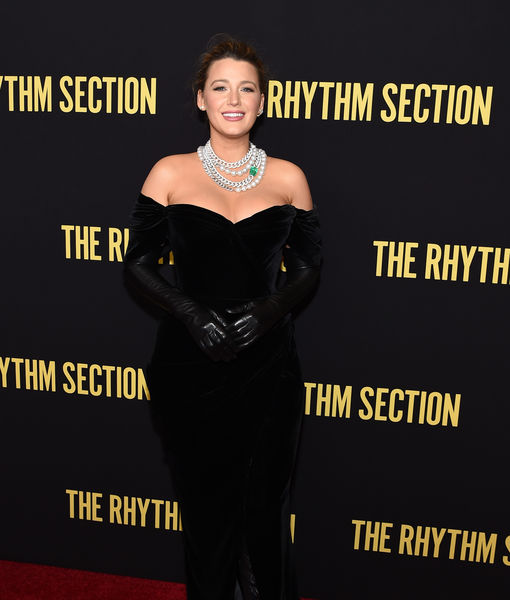 After welcoming baby number three in October, Blake Lively returned to the red carpet for the first time, wowing in a black velvet strapless gown for the premiere of her new movie “The Rhythm Section.”

Lively made it a girls’ night, telling “Extra’s” Cheslie Kryst, “I called my sister last night and I said, 'Invite Mom, here’s my credit card, hop on a red-eye, text me if you decide to do it or not,' then I went to sleep and no one texted me so I thought they weren’t coming and I saw them outside and I looked shocked and they asked if everything was okay. I was like, 'Sorry, I just didn’t know you were in New York…' It’s really sweet, and maybe creepy.”

Blake left her hubby Ryan Reynolds at home with their three daughters. She smiled, saying of his childcare skills, “Oh, yeah, yeah, he’s killing it.”

Lively took on some serious action scenes opposite Jude Law in “The Rhythm Section,” based on the novel of the same name. She shared, “You actually see what we went through… One shot, one take, you can’t fake it with stunt doubles. I had an amazing stunt double… but you will know the scenes you can’t fake it. I had a kitchen fight with me and Jude and that’s the one I shattered my hand and we went down for six months… It’s a four-minute fight with just the two of us.”

Blake had to undergo a “long” recovery process for the injury, which she suffered in 2017. She said, “It was a fireworks explosion of ligament, bones, and tendons, soft tissue. It was long. I had two surgeries, and we were down for six months and most of the movie was shot after that.”

The 32-year-old took on the role of a spy, Stephanie Patrick, saying, “I’m playing someone who is so different than myself, and she’s playing people who are different than she is.” 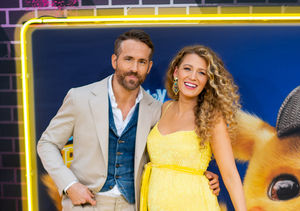 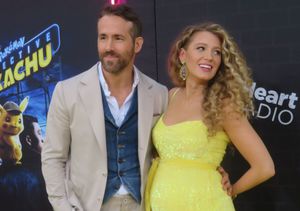