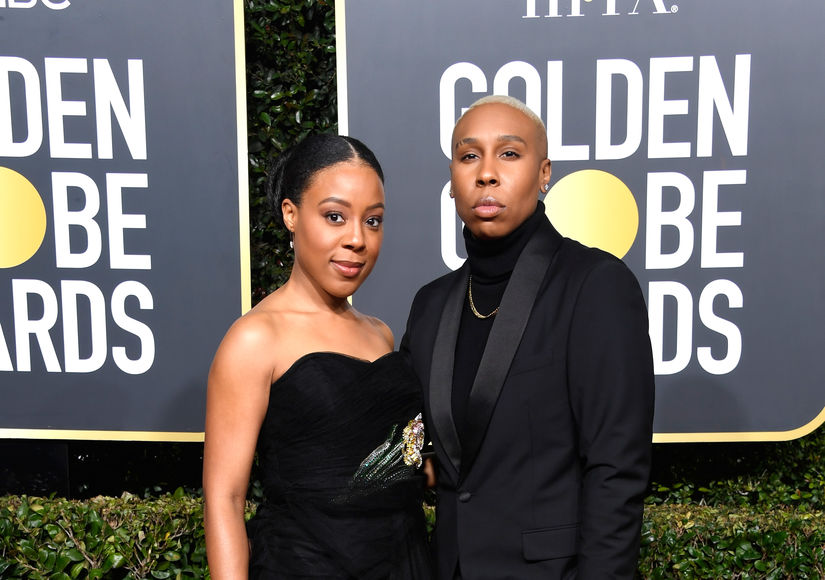 Two months after news broke about their secret wedding, Emmy winner Lena Waithe, 35, and wife Alana Mayo are pulling the plug on their marriage.

In a joint statement to E! News, the two said, “After careful thought and consideration, we have decided to part ways. We have nothing but support for one another and ask that you respect our privacy during this time.”

In November, Waithe announced that they tied the knot in a low-key City Hall ceremony in San Francisco. On an episode of “The Ellen DeGeneres Show,” she told guest host John Legend, “We snuck and did it, you know? We didn’t really make any announcements."

Harvey Milk was the first openly gay elected official in California. He was portrayed by Sean Penn in the 2008 film “Milk.”

While promoting her film “Queen & Slim,” Lena revealed how she kept the wedding top secret. She told “Extra’s” Renee Bargh, “You gotta make sure you click private when you go to get your [marriage] license. Otherwise, it becomes public record and people can find it.”

She added, “You can’t invite anybody.”

Lena also explained how her relationship with Alana inspired her to write her new film “Queen & Slim.” Watch!

Three years ago, Waithe opened up on their relationship and Mayo’s sexual orientation. She told Refinery 29, “People will ask my girlfriend, ‘Alana, are you gay? Are you straight?’ For a second, she was trying to figure out, ‘Am I a lesbian?’ I was like, ‘No, I don’t think you should call yourself that, because a lesbian means you were born gay. I’m a lesbian.’ Then, she was like, ‘Am I bisexual?’ And I’m like, ‘Maybe?’ She was like, ‘You know what? I’m not going to label it. I’m just going to be myself.’ I think it’s interesting that we can say, ‘Look, sexuality is fluid and love is where you find it.’ I love that our love story exists, because there are a lot of love stories like ours. Other people can see that it doesn’t matter how you were born or how you perceive yourself. It’s about being open-minded and listening to your heart.”

Lena and Alana were first linked in 2014.