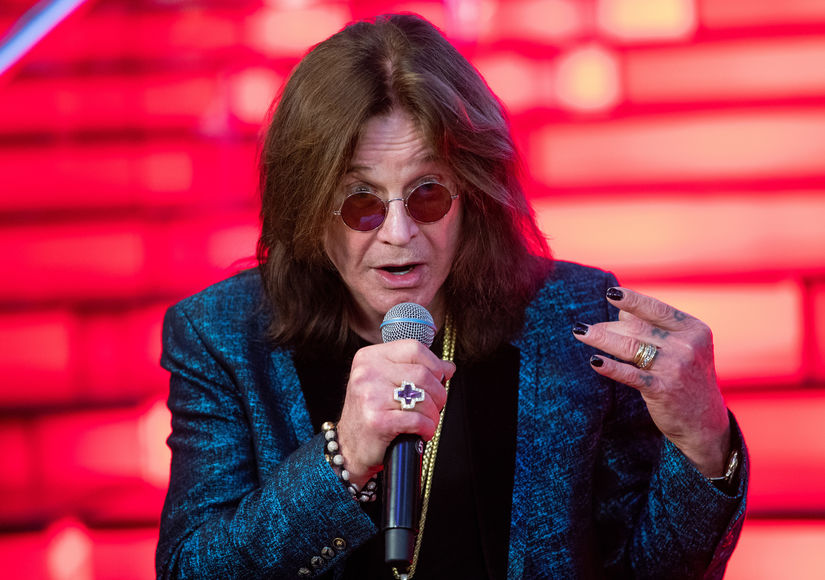 Singer Ozzy Osbourne is on the mend, and opening up to “Good Morning America’s” Robin Roberts about his health struggles.

In a new interview airing Tuesday, Osbourne calls 2019 the “worst, longest, most painful, miserable year of my life.”

Ozzy, joined by wife Sharon in the sit-down, recounts the debilitating fall that left him severely injured.

“When I had the fall, it was pitch-black. I went to the bathroom and I fell,” Ozzy said. “I just fell and landed like a slam on the floor, and I remember lying there thinking, ‘Well, you’ve done it now,’ really calm. Sharon [called] an ambulance. After that, it was all downhill.”

Rock's Prince of Darkness is still recovering, telling Roberts, “It has taken its time, though… next month, a year.”

GMA FIRST LOOK: @RobinRoberts sits down with rock legend Ozzy Osbourne as he opens up about the fall that postponed his world tour. The full exclusive interview tomorrow on @GMA. https://t.co/YgfBrfobu0 pic.twitter.com/o0l3ltSWhq

Ozzy opened up to The Sun in September, revealing the fall left him with 15 screws in his spine. “I’m like a superhero, held together by screws, but I ain’t felt like a superhero for months,” he said. “I’ve felt dreadful."

During the slow recovery process, he confessed, “I usually bounce back, but I felt so dreadful. I lay there not getting better for three months. I thought I was paralyzed. I said, ‘Sharon you’ve got to tell me the bloody truth. Is this permanent now? Am I paralyzed?’”

He later added, “I was in absolute shock. I was convinced that Sharon knew something I didn’t. I thought I was dying. I have never felt so bad in my life. It was f—king agony.”

Looking back at his life, he noted, “I’ve had so many brushes with death that I’m the comeback kid. If I was a cat, I’d have 33 lives.”