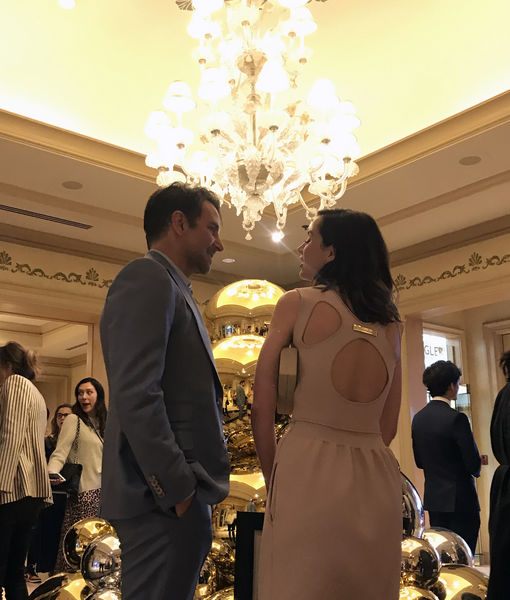 The two were recently photographed chatting up a storm at a Hollywood luncheon at the Four Seasons Hotel.

A source told RadarOnline.com, “Bradley made a beeline for Ana and they chatted away for quite a while in the hotel lobby. They weren’t at all keen to rush off.”

The insider added, “He kept cracking jokes and had a huge grin on his face. Bradley seemed very taken with Ana and she was laughing a lot… It was clear there was tons of chemistry between them.”

According to the photographer, Bradley and Ana were seen slipping out a side exit.

Ana bears a resemblance to Bradley’s ex, Irina Shayk, but maybe they are just friends?

“Extra’s” Renee Bargh recently caught up with Ana as she promoted her hit film “Knives Out” with Chris Evans. During the fun interview, Ana joked about her “beans” diet. Watch!