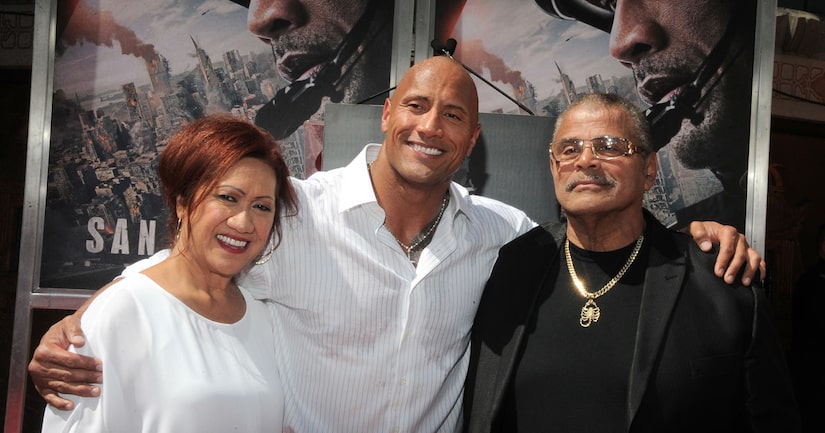 Rocky's friend, former wrestler Brian Blair revealed that he was struggling with a unspecified illness during his final days. Blair told The Associated Press, "He was just under the weather, he thought he had the flu or something. I said, 'You, need to get checked out, Rocky.' He said he'd be OK. Then he missed this Sunday, a few days ago. When I talked to him again, he said he still wasn't feeling good and he still missed church. He still didn't get checked out. I talked to Sheila and she said he was just being stubborn. He died at home, today.”

Rocky began wrestling in the mid-'60s and eventually started his career in the WWE in 1983. He retired eight years later.

Dwayne has credited Rocky with training him early in his wrestling career while he was a teenager.

Last year, Dwayne showed his love for his dad in an Instagram video. He said, “I called my dad and I said, 'Look, you're probably happy where you're at but I want to do something for you. I want to buy you a brand-new home, wherever you want to live, you can live. My dad's an old-school tough guy, I said, 'What the hell are you nervous about?' And he said, 'Well,' he was searching for words. 'No one ever called to tell me they were gonna buy me a house before and the fact that it's you, it's my son, I'm so proud of you and I love you so much.'"

Smiling throughout the video, he continued, “I never heard my dad talk like that. It felt good to me and it felt good to my heart. You know, my dad used to beat my a--. Tough love, and I hated it back then, but I'm so grateful for it now. It just felt good to kind of give back to the ones who raised you. So, love you too, Pop."

A few years ago, Dwayne showed his appreciation for Rocky by buying him a car for Christmas. Along with a pic, The Rock wrote on Instagram, “He's had a hard life. This one felt good. My dad, Rocky Johnson is a minimalist. Always has been. Never asks me for much and over the years his needs are always the barest.”