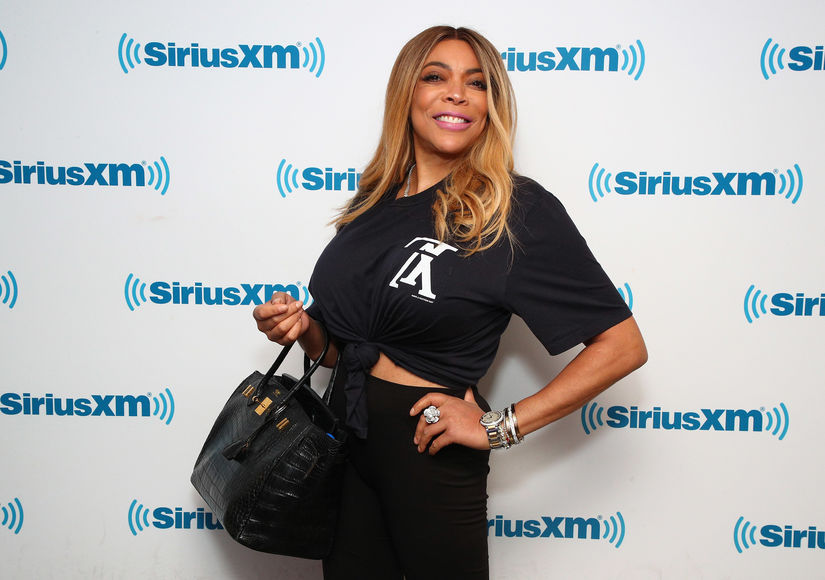 “Extra’s” Billy Bush talked to the queen of daytime TV Wendy Williams right after she sounded off on the king of all media Howard Stern on her show this morning.

Williams was reacting after a tabloid republished Howard's past frustrations about her being inducted into the National Radio Hall of Fame before he did.

Williams, who had just settled an ongoing beef with Howard about eight months ago, responded on her talk show, saying, “You know, Howard, I don’t want to fight with you anymore... Don’t hate on me because I got in before you.” She added, “Keep your hundreds of thousands of dollars, your beautiful wife Beth, all of those animals that you will rescue and be happy, man. And stop hating on me. Because I don’t hate you!”

Afterward, she told Billy, “It is really kinda surreal to me that I even am in Howard’s mouth, ya know? Howard helped shape the person that I am today as a fully functioning adult. He was a big part of my teen years and a big part of my young adult life. He was a hero in the name of radio.”

She went on, “It’s not just his professional career that I admire, it’s also his personal life. His relationship, listening to him talk about mom and dad, then being married to his first wife… going in the basement and tinkering with radio stuff. Howard will never get me to change his opinion of him. I feel though, Billy, that the Radio of Hall of Fame should have had him in before me, but that’s not my fault.”

She continued, “Look, they wouldn’t have me if I didn’t get picked up for a first season on what looked like a little monster show that now we’re 11 years in and renewed for many more. It’s not my fault, Howard.”