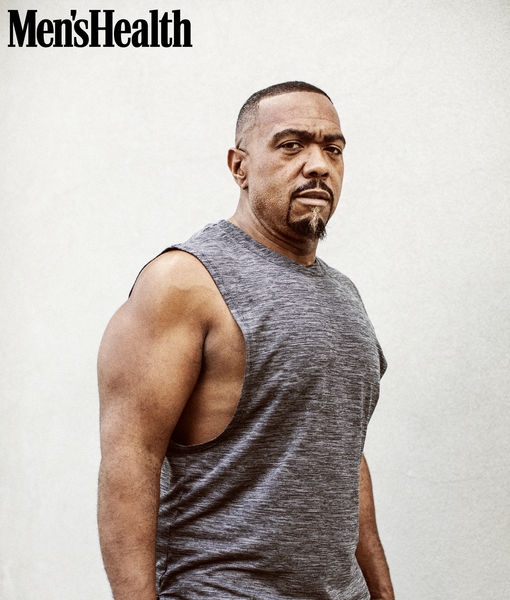 Rapper Timbaland has been spending time in the gym, and it’s really paying off!

In the new issue of Men’s Health magazine, Timbaland revealed that he’s lost 130 lbs. after making positive changes to his life.

In 2011, Timbaland was in bad shape. He'd started taking OxyContin and Percocet to deal with the pain from a root canal, and other painkillers to escape the stress of a messy divorce and an IRS investigation for unpaid taxes.

He said, “It put me in a great feeling of not caring, of just being free. I’m like traveling, doing shows, poppin' 'em, having fun, just being ignorant.”

Along with abusing painkillers, Timbaland was also eating unhealthy foods and gaining weight. After developing prediabetes, he had a nightmare that changed his perspective on life. He shared, “I had a dream that death was near. I saw myself with a white face.” 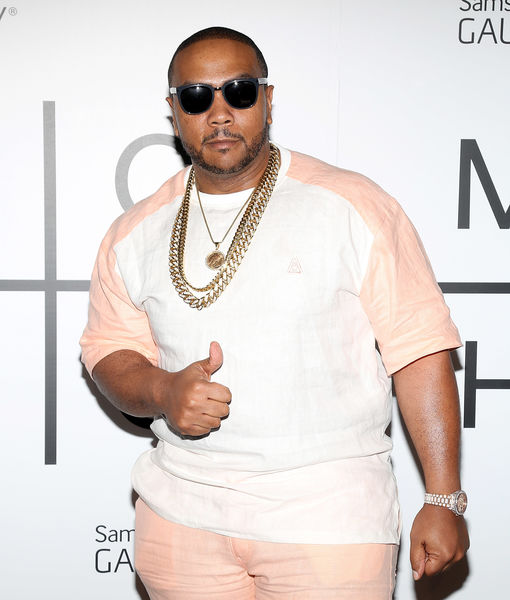 After moving into a smaller condo in downtown Miami, settling with the IRS, and figuring out his divorce, Timbaland decided to overcome his addiction to painkillers. He admitted, “One of the toughest things I’ve been through. The only things that got me through it were my kids, my girl, the help of God keeping my mind still.”

During his struggles to kick pills, Timbaland was surrounded by the love and support of his girlfriend, Michelle Dennis, who founded Punch Elite Fitness.

When Timbaland first stepped into the gym, he weighed 350 lbs. at 5'7". With the help of boxing, his body and mind were starting to get stronger. Co-owner Mosley Wilson pointed out, “His energy levels increased, and then he started challenging other clients in the gym to push them.”

After a year of training, Timbaland had lost 50 lbs. He decided to up his fitness routine by adding cardio and weights at night.

When Timbaland made the decision to move his weekday workouts to DBC Fitness, where many star athletes train, he weighed around 260 lbs. With the help of DBC co-owner David Alexander, who designed a fitness program that included the movement patterns squat, lunge, hinge, push, pull, twist, and gait, he was able to shed still more weight.

Alexander dished, “He has a no-quit mentality. He understands that this is his new life. It’s not something that’s going to go away in three months. And he’s committed. Tim is one of the most mentally strong guys out there.”

Timbaland is able to have a glass of red wine for a cheat day.

With all the drastic changes he made in his life, Timbaland is feeling good these days. He noted, “God has me under construction, which I’m still under. I don’t feel like I’m complete. I don’t want to ever feel like I’m complete, ’cause my mind would probably get idle. God needed me to be clear so I could see what is needed, not what I want.”