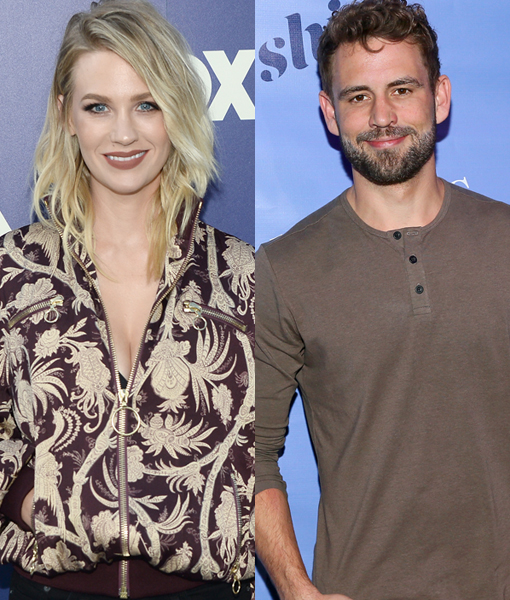 The rumors were true! January Jones did date Nick Viall.

Jones confirmed the news on Dax Shepard’s "Armchair Expert" podcast, explaining that he reached out to her via social media after she publicly blasted him.

January told Dax, "Then Nick slid into my DMs, and he's like, 'I'm so sorry that your perception of me is so negative. I'd love to take you out to coffee and see if I can change your mind.' And I squealed! I was like, 'Oh, my God!'… I was like, 'I hate that guy!'"

Her sister convinced her to go out with him. "My sister's like, 'If you don't go, you will forever regret it.' So I agreed to go on a date with him — or to drinks or whatever — and as I met him, I was rounding the corner, and I saw him, and he has this very distinct walk, and I had this instinct to run up to him and wrap my legs around his waist — you know, like they do? I stopped myself."

While they had a good time together, she confessed that they mostly talked about the show.

"All I did was grill him about the show," she said. "We went on a couple dates and then… yeah."

They likely dated in late 2017 or early 2018, after she mentioned to James Corden that Nick wanted to challenge her on "Lip Sync Battle," around the same time that Nick started liking her Instagram posts. 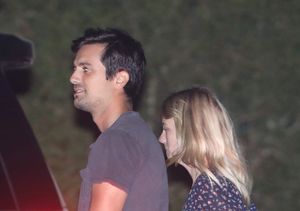 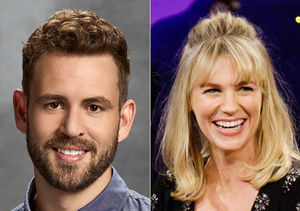 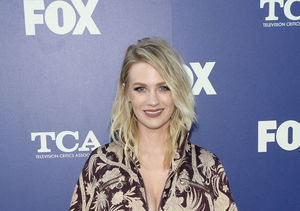 January Jones Wants to Star on ‘The Bachelorette,’ Plus: What She Thinks of…