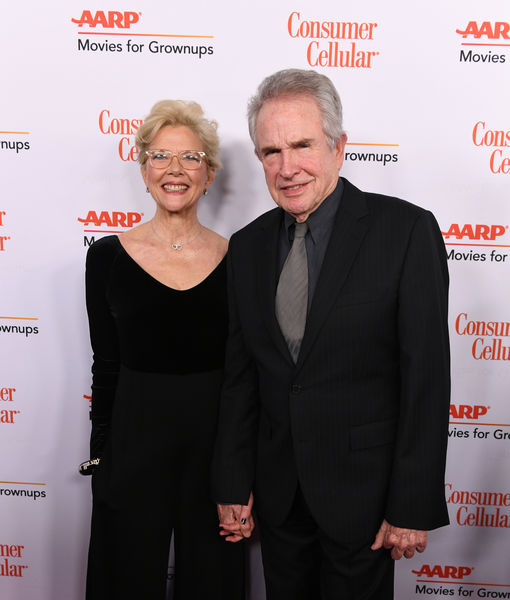 Over the weekend, Annette Bening was honored with a Lifetime Achievement Award at the annual AARP Movies for Grownups dinner.

“Extra” caught up with Annette and her husband Warren Beatty, who was proud of his wife of 27 years. When asked to rate how proud he was on a scale of 1-10, Beatty said, “Eleven.”

The couple has acted together on the films “Bugsy” and “Love Affair," so is there any chance of them being co-stars again? Warren said, “Well, you never know. Until you know.”

Annette said she was so happy to be honored for her work by AARP, saying, “Oh, it’s a thrill. AARP is a good organization — I like what they do, I like what they stand for, and their day-to-day work is very important, so it’s really an honor.”

Where does this award rank with all the others she’s received? Bening answered, “It’s right up there at the top. I’m really honored.”

As for her favorite movie she’s ever done, Annette, who most recently appeared in "The Report," said she doesn’t have one. She explained, “That’s almost like trying to… you know, we have four kids, it’s like trying to pick your favorite child. You don’t have a favorite child and even if you did, you would never admit it to yourself. Each project represents a different moment in your life so anytime I think of a project, I think about what else was going on at the time: Did I just have a baby, was I going to have another baby, where were we living? All that stuff.” 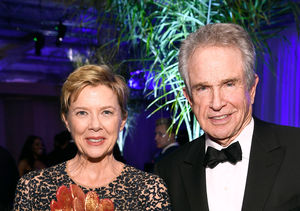 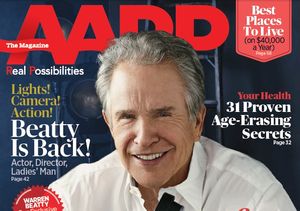