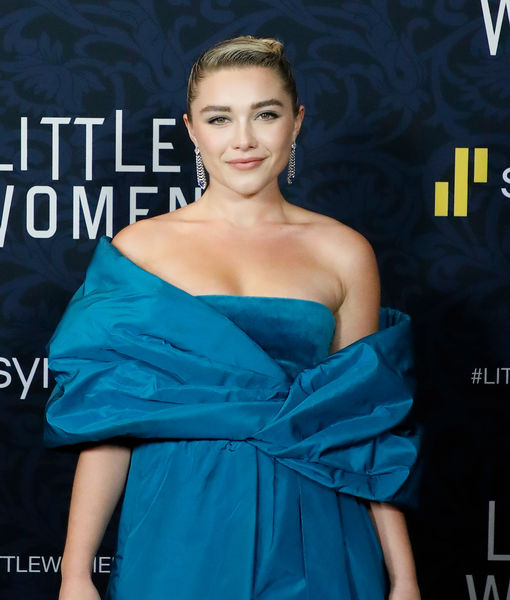 The Oscar race is officially on! "Joker" led the nominations this morning with 11... including an Actor in a Leading Role nod for Joaquin Phoenix and Best Picture, which means a producer nomination for Bradley Cooper.

It was a big morning in Hollywood as stars learned the news, and Florence Pugh didn’t even have time to get dressed before she got the call!

Pugh was nominated for Actress in a Supporting Role for her portrayal of Amy March in “Little Women,” and posted “before the moment… and the exact moment” she found out.

Before the moment.. the exact moment. #nominated #forafuckingoscar!!!!!!

In the first photo, Florence is on the phone topless and covered with a blanket, in the second pic, she’s screaming with excitement… and using avocado emojis to cover her breasts.

“Extra’s” Renee Bargh caught up with the star, who said, “I was in bed... I just woke up,” and later joked she was “keeping it real” with her emojis.

In fact, it is a huge year for Scarlett, who is actually up for two acting nominations — her first.

ScarJo is also competing in the Actress in a Leading Role category for her performance in “Marriage Story.” She’s got some tough competition, as she goes faces off with Cynthia Erivo (“Harriet”), Saoirse Ronan (“Little Women”), Charlize Theron (“Bombshell”) and Renée Zellweger (“Judy”).

Cynthia also receive two nods, one for acting and the other for “Stand Up,” a Best Original Song nominee from “Harriet.” Erivo joins Mary J. Blige and Lady Gaga as just the third person to be nominated in an acting category and for Best Original Song in the same year.

Erivo told Jenn she would be on a plane to Japan when the announcement was made, joking that she hoped she would have wifi. “Otherwise, I'm going to have to find out 14 hours later.” Luckily, she did get the news, and shared a statement calling the nominations “more than a dream come true.”

The nominations bring Cynthia one step closer to becoming the youngest EGOT in history. So far, she already has a Daytime Emmy, a Grammy, and a Tony.

Meanwhile, the actors competing with Joaquin for Actor in a Leading Role include Antonio Banderas (“Pain and Glory”), Leonardo DiCaprio (“Once Upon a Time… in Hollywood”), Adam Driver (“Marriage Story”) and Jonathan Pryce (“The Two Popes”).

Previously, Joaquin opened up to Renee about his extreme weight loss for “Joker” and how that helped his performance. “You're in a perpetual state of hunger and in some ways there is a hunger for adoration that he craves,” Phoenix said. “He's somebody that is in need and wants to consume and have, so I think I didn't really know it going in that it was going to be such an important part of the character.”

The actors competing for Actor in a Supporting Role include, Tom Hanks (“A Beautiful Day in the Neighborhood”), Anthony Hopkins (“The Two Popes”), Al Pacino (“The Irishman”), Joe Pesci (“The Irishman”) and Brad Pitt (“Once Upon a Time… in Hollywood”).

Pitt recently told Billy Bush of award season, “It's fickle… it's subjective, but it is a lovely thing to be acknowledged for the hard work.” 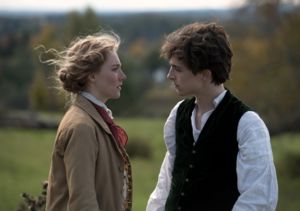 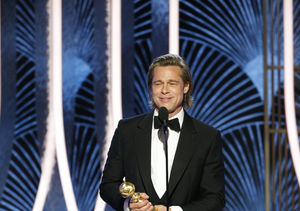 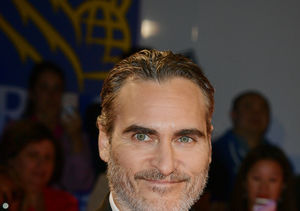 Joaquin Phoenix Opens Up to ‘Extra’ About ‘Joker’ and His Late Brother,…