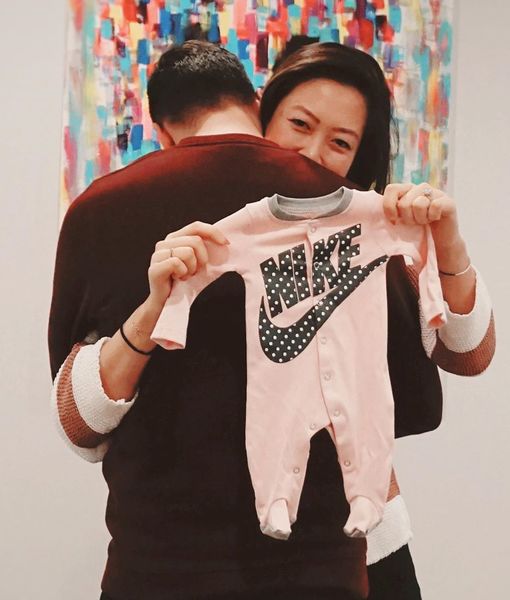 Golfer Michelle Wie has a baby on the way!

On Thursday, Wie, 30, announced that she was expecting her first child with husband Jonnie West, 31.

Along with a series of photos, she wrote on Instagram, “Babygirl, we love you so much already and we just can’t wait to meet you this summer!!”

Babygirl, we love you so much already and we just can’t wait to meet you this summer!! #BabyWest 💕💕

After their wedding, Michelle gushed, “I love you HUSBAND with every living thing in my body. I didn’t think I could love you any more, but then I saw you at the end of the aisle and my heart exploded.”

Michelle and Jonnie went public with their relationship a year ago, two months before he popped the question.

Got to spend the last couple of days with my ❤️, got some good news from doctor....FINALLY, and got to see the Warriors get a W in DC. Ordered all the new clubs from @callawaygolf cuz I got final clearance from my doctors to start pushing ahead for this season. Let’s get this 🍞 folks...LFG

Wie has been on a break from golfing, recovering from an ongoing wrist/hand injury.

Why Fans Think Khloé Kardashian and Tristan Thompson Are Back… 8

Dolph Lundgren Engaged to His Much Younger GF Emma Krokdal