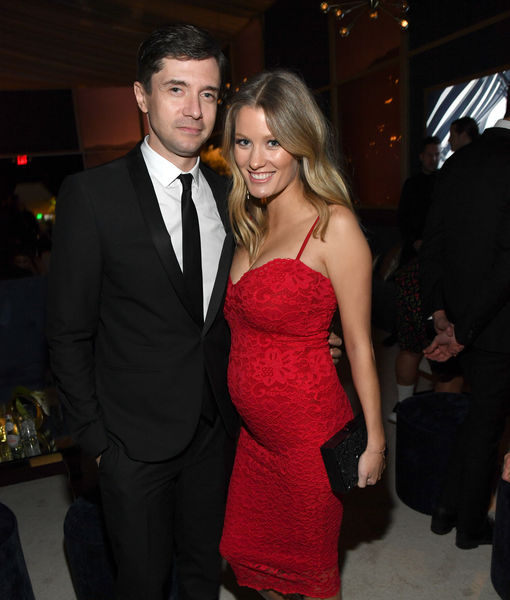 Actor Topher Grace, 41, and wife Ashley Hinshaw, 31, have another baby on the way!

On Sunday, Ashley showed off her growing baby bump at the 2020 InStyle And Warner Bros. 77th Annual Golden Globe Awards Post-Party while posing with Topher.

The night before, the pair debuted her bump at Art of Elysium’s 13th Annual celebration in Los Angeles.

At the event, Topher confirmed they are expecting, telling E! News, “As you can see, we’re expecting our second.”

Cracking a joke with charity head Jennifer Howell, Topher said, “And after learning what toddlers are really like, this one is all yours Jen."

On the same night, Ashley shared a photo of herself cradling her baby bump. She wrote on Instagram, “When you try to do the ‘bump cup’ thing but you’re not really sure it worked🤷🏼‍♀️ #pregnant.”

Topher and Ashley are also the parents of daughter Mabel, 2. Last year, he gushed about fatherhood, telling Coveteur, “My daughter is my favorite thing about becoming a parent.”

The pair welcomed Mabel a year after tying the knot in Santa Barbara.