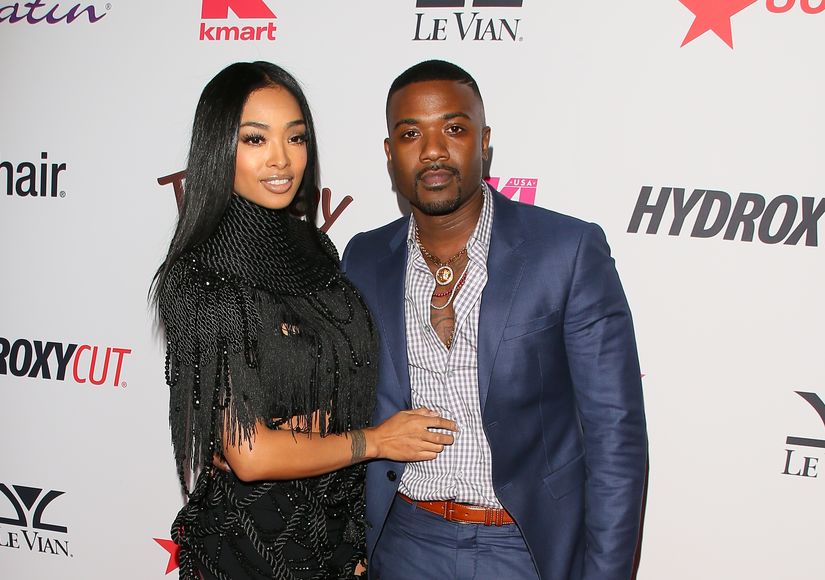 Singer Ray J and his wife Princess Love are parents for the second time!

Princess gave birth to a baby boy, whose name has not been revealed.

On Monday, Ray J announced the happy news with a YouTube video of Princess and himself at a hospital prepping for their bundle of joy’s arrival.

He captioned the video, “I love you princess love! And my babygirl melody! I don’t ever wanna lose our time together. I’m sorry for everything. 2020 will be somthing very special.”

Ray’s apology is most likely referencing their recent marriage troubles.

Last month, Princess hinted at a divorce during an Instagram Live session, saying, “I don’t want to be married anymore. Period. I don’t have time for this. This is not love. And I’m done.”

She claimed, “Every time we get into an argument, he starts alluding to getting a divorce or saying, ‘As long as I get to see my kids… So I’m like, 'The way you just get up and leave and disappear, I gotta get to L.A. and I gotta get my mind right before this baby comes because with the way you move, I’m liable to be alone at any given moment.’ He’s like, ‘Well, I’m prepared to be alone, too, as long as I can see my kids.’ I’m like… okay, we can just be separated then,’ so he’s like, ‘Not before I file first.’ So the conversation got really, really ugly.”

Princess, who was “over eight months pregnant,” also pointed out that Ray J blocked her on Instagram and she hadn’t been in contact with him.

Days before, Love accused Ray J of abandoning her and their daughter Melody in Las Vegas. In response to a now-deleted family photo from the Soul Train Awards, she wrote, “Left me and Melody stranded in Vegas and blocked me from calling.. now you wanna post family photos.”

Ray called out Princess for airing their dirty laundry on social media, saying, “People are going to get into little arguments here and there, it's small stuff that you could work out, but to take this to social media and create this crazy story about me leaving my baby in harm's way is not cool."

He added, “I apologize for everything that's happened."

Ray was then spotted without his wedding ring, fueling more split rumors.

Ray, who wore his ring, addressed the photos during an appearance on “The Wendy Williams Show” earlier this month, insisting that it is not what it seems. He explained, “My hands were ashy. I had to put some lotion on… When I got up to the gate, I didn’t have any lotion and boom, right there, they got the picture. When you’re black and you wash your hands after you go to the bathroom and you’re ashy.”

According to Ray, they were arguing over his desire to relocate the family to Las Vegas from Los Angeles. He had a change of heart, saying, “I’m done with Vegas. I hate Vegas. Never again.”