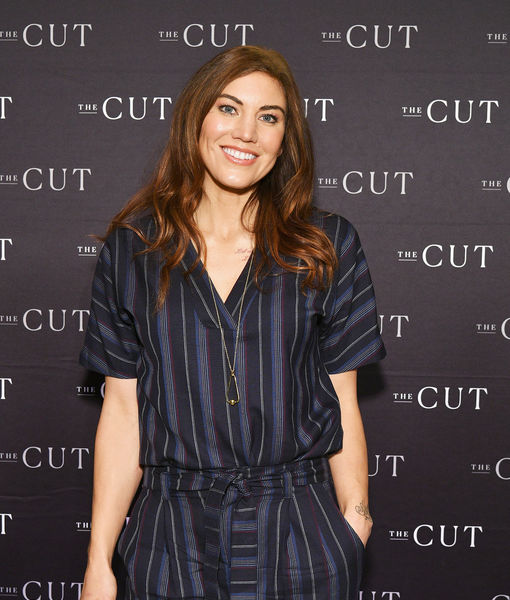 Soccer star and former “Dancing with the Stars” contestant Hope Solo, 38, is growing her family!

On Tuesday, Solo announced that she was expecting twins with her husband Jerramy Stevens, a former NFL player. While co-hosting the "beIN SPORTS Weekend Winners" show, she said, “Yes, my husband and I get to practice equality from the very beginning with one boy and one girl.”

Two-time World Champion @hopesolo makes a special announcement on Weekend Winners. We join her in this ‘magisterial’ phase of her life. pic.twitter.com/jEDS4FHxuS

Along with rubbing her growing baby bump, Solo added, “Miniature soccer team on the way.”

Before breaking the news, Solo teased on her Instagram, “Don’t miss an announcement! Fit for a family!” 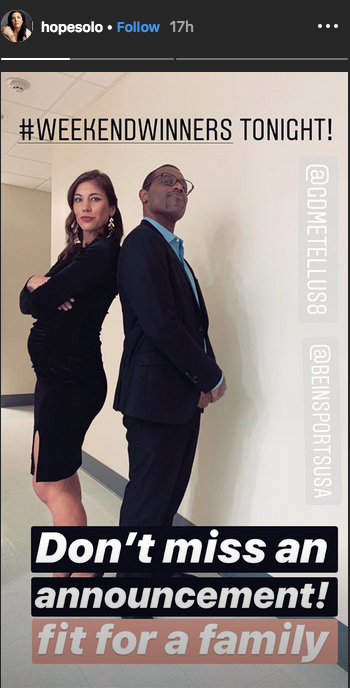 The baby announcement comes months after Solo revealed she had suffered a miscarriage in 2018. In the July issue of Elle, she noted that it was an ectopic pregnancy, adding, “The doctor said I was hours from dying. They ended up having to remove my fallopian tube.”

In an ectopic pregnancy, the fertilized egg implants outside of the uterus.

At the time, Solo had been trying to get pregnant for a while and was expecting twins.

Following the miscarriage, Solo begun the process of in vitro fertilization.

Hope and Jerramy have been married since 2012. 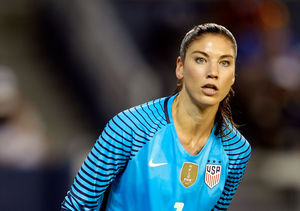 Hope Solo Booed at Olympics! Why Crowd Chanted 'Zika' at the Soccer Star 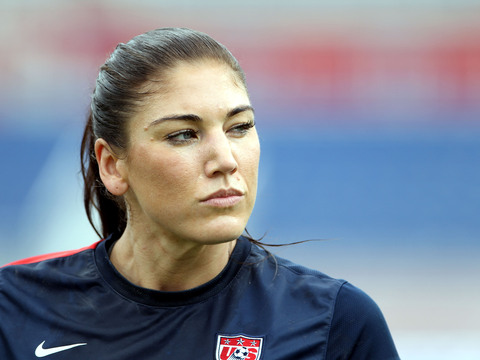 Win It! An Amethyst Skincare Set 9