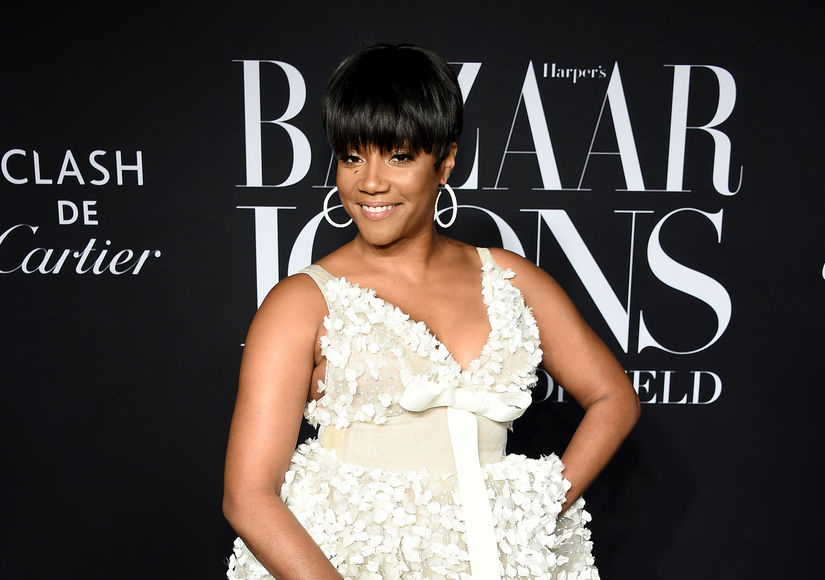 Comedian Tiffany Haddish is having quite a year!

“Extra’s” Cheslie Kryst caught up with Haddish as she promoted her new film “Like a Boss,” just weeks after celebrating her 40th birthday and releasing her Netflix special “Black Mitzvah” on the same day.

Haddish is also going on “Live in Front of a Studio Audience" for a live performance of a classic episode of the '70s series “Good Times” this Wednesday. "It’s gonna be a good time," she promised. "It’s one of the shows I grew up watching… and I play Willona.

Joined by her “Like a Boss” co-stars Rose Byrne and Salma Hayek for her "Extra" interview, Haddish discussed the possibility of hosting the Oscars. She said, “I would love to do it, but not by myself… Unless they pay me.”

Salma, who approved of the idea, commented, “You could do it by yourself.”

Tiffany reiterated, “I could do it by myself, but they would have to pay the lady.”

In “Like a Boss,” Tiffany and Rose play best friends turned beauty-business partners, while Salma takes on the role of a cosmetics titan who buys them out. Do the women have any beauty tips of their own to share? Tiffany, always bringing the funny, pointed to her face, revealing, “Tape in here… when I sleep at night, 'cause when you're sleeping is when you’re making the most wrinkles in your face.”

Salma, who once admitted she wanted to try Botox or fillers, explained of her over-the-top look for "Like a Boss," “I wanted the big lips and… Botox… because it's perfect for my part… And it's complicated, so instead we put the fake lips… And then I just tried to go really tight with the wig… And it's like a mini face-lift.” 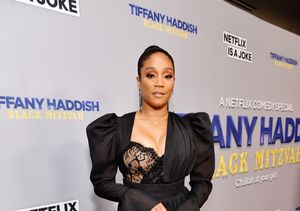 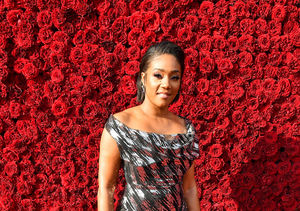 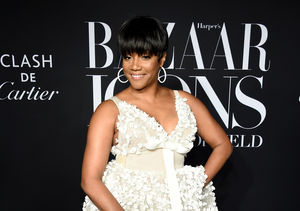