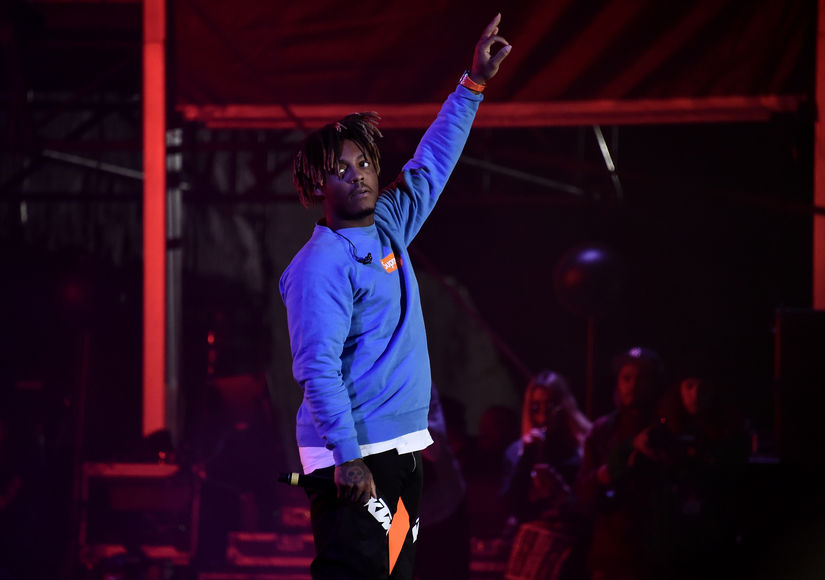 Juice’s mom Carmella Wallace told TMZ, “We loved Jarad with all of our hearts and cannot believe our time with him has been cut short. As he often addressed in his music and to his fans, Jarad battled with prescription drug dependency.

“Addiction knows no boundaries and its impact goes way beyond the person fighting it. Jarad was a son, brother, grandson, friend, and so much more to so many people who wanted more than anything to see him defeat addiction,” Wallace continued. “We hope the conversations he started in his music and his legacy will help others win their battles, as that is what he wanted more than anything."

She ended her statement saying, “We know that Jarad’s legacy of love, joy, and emotional honesty will live on."

Earlier this week, law enforcement told the site that Juice swallowed several Percocet pills as the police searched his private plane after a Chicago landing. It is believed this was his attempt to hide the pills during the search, in which law enforcement confiscated weed from several suitcases on board.

The site obtained a photo of the 70 pounds of marijuana. The Chicago Tribune reports that Juice “began convulsing (and) going into a seizure” when the police and federal agents were searching the luggage.

According to the outlet, Juice’s girlfriend told law enforcement that he “takes Percocet and has a drug problem” when asked if he had any medical issues. After two doses of Narcan were administered, Juice woke up, but he was incoherent.

Juice, aka Jarad Anthony Higgins, was conscious while being rushed to a hospital, but he was pronounced dead shortly after his arrival. No cause has been given. An autopsy was performed, but the results are inconclusive. Additional testing is needed to determine an official cause of death.

Juice's two-track EP “Too Soon” was a tribute to Lil Peep and XXXTentacion, both of whom also died young.

He seemingly predicted his own death in his song “Legends.” He raps, “What’s the 27 club? We ain’t making it past 21. I been going through paranoia. So I always gotta keep a gun. Damn, that's the world we live in now. Yeah, hold on, just hear me out.”

Tyra Banks Takes on ‘DWTS’ Rumors, Plus: Her Response to Criticism 7