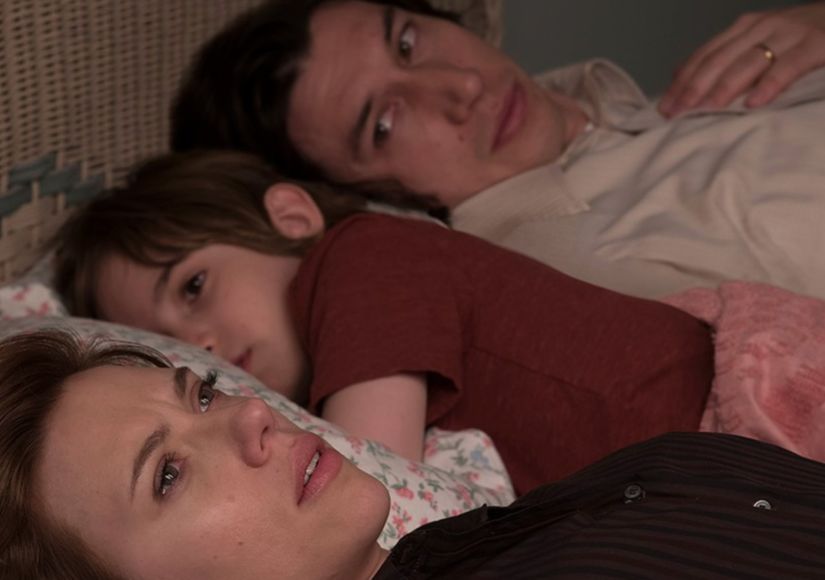 The Golden Globe nominations are in, and some of the biggest names in Hollywood made the list.

Netflix led the pack thanks to Noah Baumbach’s drama “Marriage Story,” starring Scarlett Johansson and Adam Driver as a couple facing divorce, and Martin Scorsese’s “The Irishman,” which presents a theory about what happened to Teamsters president Jimmy Hoffa.

The films will compete for Best Motion Picture – Drama alongside “1917,” “Joker,” and “The Two Popes.”

The competition is just as fierce in the Best Motion Picture – Musical or Comedy category, as “Dolemite Is My Name,” “Jojo Rabbit,” “Knives Out,” “Once Upon a Time… in Hollywood” and “Rocketman” battle it out.

It's a big year for Eddie Murphy, who is back for the first time since winning in 2007 for “Dreamgirls”! 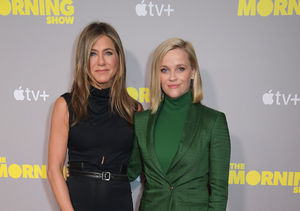 Murphy, who stars in “Dolemite Is My Name,” will compete with Daniel Craig (“Knives Out”), Roman Griffin Davis (“Jojo Rabbit”), Leonardo DiCaprio (“Once Upon a Time... in Hollywood”) and Taron Egerton (“Rocketman”) for Best Actor in a Motion Picture – Musical for Comedy.

When “Extra” spoke with Eddie about his role as late comedian and actor Rudy Ray Moore, he said, "Our careers are totally opposite. I got in really easy, only had one audition in my life, got into movies really early." Moore, who died at 81 in 2008, struggled to be successful. "Nobody did it the way he did it," Murphy said admiringly. "Funny, interesting, unique — he is a unique person. People see there is a little cult following."

It was also a big morning for Jennifer Lopez, who nabbed her first nod in two decades!

The “Hustlers” star, who is nominated for Best Actress in a Supporting Role in Any Motion Picture, reacted on Instagram in a makeup-free video. She told fans, “I’m just waking up and I just heard… Oh, my God, it’s been 20 years since I was nominated for ‘Selena’… I am humbled and so excited to be recognized… I’ll see you at the Globes.”

Could not be prouder to be recognized by the #HFPA. Ramona was a complicated character and it was an honor and challenge to bring her to life. Hustlers was a labor of love, sweat and perseverance written, directed, produced, edited and starring a group of bad-ass women. I am proud and honored to represent them and this film!!!! ♥️♥️ @goldenglobes #HustlersMovie #Ramona Thank you so much Hollywood Foreign Press Association!!! ♥️♥️

One surprise star missing from the list was Robert De Niro, who wasn’t nominated for his role in "The Irishman." His co-stars Al Pacino and Joe Pesci will compete for Best Supporting Actor in Any Motion Picture against Brad Pitt ("Once Upon a Time… in Hollywood”), Tom Hanks (“A Beautiful Day in the Neighborhood”) and Anthony Hopkins (“The Two Popes”)

Over on the TV side, the Best Television Series – Drama contenders are “Big Little Lies,” “The Crown,” “Killing Eve,” “The Morning Show,” and “Succession.”

The Best Television Series – Musical or Comedy nominees are “Barry,” “Fleabag,” “The Kominsky Method,” “The Marvelous Mrs. Maisel,” and “The Politician.”

Jennifer Aniston and Reese Witherspoon were both nominated for “The Morning Show,” marking Jennifer’s first TV nomination since she won for “Friends” in 2003!

Reese’s HBO co-star Nicole Kidman is also in the Best Performance by an Actress in a Television Series – Drama category for “Big Little Lies,” along with “Olivia Colman (“The Crown”) and Jodie Comer (“Killing Eve”).

As for some other names that surprisingly didn’t make the list… award-show favorites Julia Louis-Dreyfus from “Veep” and Peter Dinklage from “Game of Thrones” were missing. In fact, Kit Harington was the only “GoT” star to land a nomination. Big Emmy winner “When They See Us” was shut out, receiving no nods at all.

The big question is… will “Fleabag’s” Phoebe Waller-Bridge sweep the TV categories like she did at the Emmys? Click here for the full list of nominees!

Find out what happens when Ricky Gervais hosts the Golden Globes January 5 on NBC.