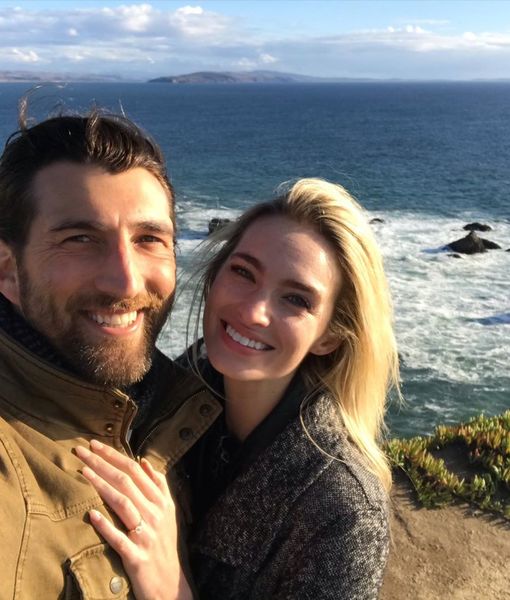 Over the Thanksgiving weekend, Snyder popped the question to longtime girlfriend Allegra Edwards.

Along with posting a pic, Clayton gushed about his girlfriend of 10 years, writing, “2009•2019 Dear Allegra. Some things never change. Except, a lot changed, and then it got very similar, but very different, but better, and now, your finger’s a bit heavier. And not just because of all the pecan pie. What a Thanksgiving. I love your laugh. I love your heart. I love your family. I love you. Looking forward to wifing you.”

Allegra also shared her own photo of them embracing after the proposal. She wrote on Instagram, “11.28.19 He’s my home ❤️.”

The engagement comes as fans eagerly await the “Lizzie McGuire” reboot. We’ll have to see how Clayton fits into the storyline!

The star of the show, Hilary Duff, recently hinted to E! News that “there’s going to be a thing” with Lizzie and Ethan.

“Extra’s” Renee Bargh recently sat down with Hilary Duff, who dished on the reboot. She said, “She’s 30. She’s living in New York. Everything kind of gets turned upside down on her 30th birthday, and that’s where we find her.”