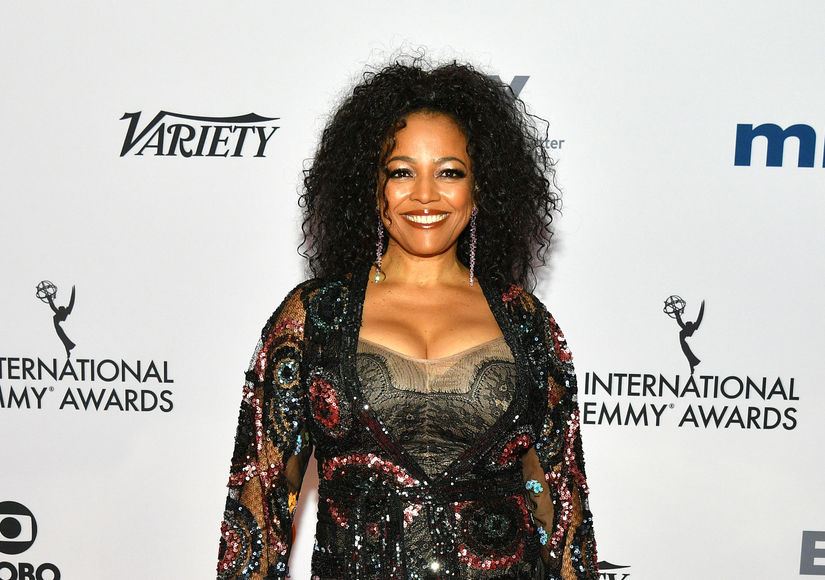 “Extra’s” Nate Burleson spoke with actress Kim Fields at our WeWork Offices in NYC, where she dished on her new film “You Light Up My Christmas.”

As for why she wanted to make the movie, Fields said, “The character running a Christmas-light factory and her family and inner light. It was a really strong love story, a really strong story of community, family, all the things people think about around Christmas.”

Fields is starring and executive-producing the movie, which she pointed out was "a 'Facts of Life' reunion.”

It was the first time that Kim and her co-stars were on screen together since the hit series ended in 1988. How did it go? She smiled, joking, “I’m just a bad boss.”

Kim noted that everyone loved the idea, but that there were still obstacles to overcome. “Nancy McKeon had a really difficult, unexpected family emergency she had to work through, and she still stayed committed, and said, ‘I will still do the part — I can’t come to Vancouver and film with you guys, but I will do my part and you can put it in there.' We’re still on screen together.”

Praising Nancy, Fields emphasized, “It was one of the hardest things that she ever had to go through, [and] she still put it down for me.”

“You Light Up My Christmas” airs Sunday on Lifetime.

O.J. Simpson’s Kids Spotted in the Days Following His Release from… 7