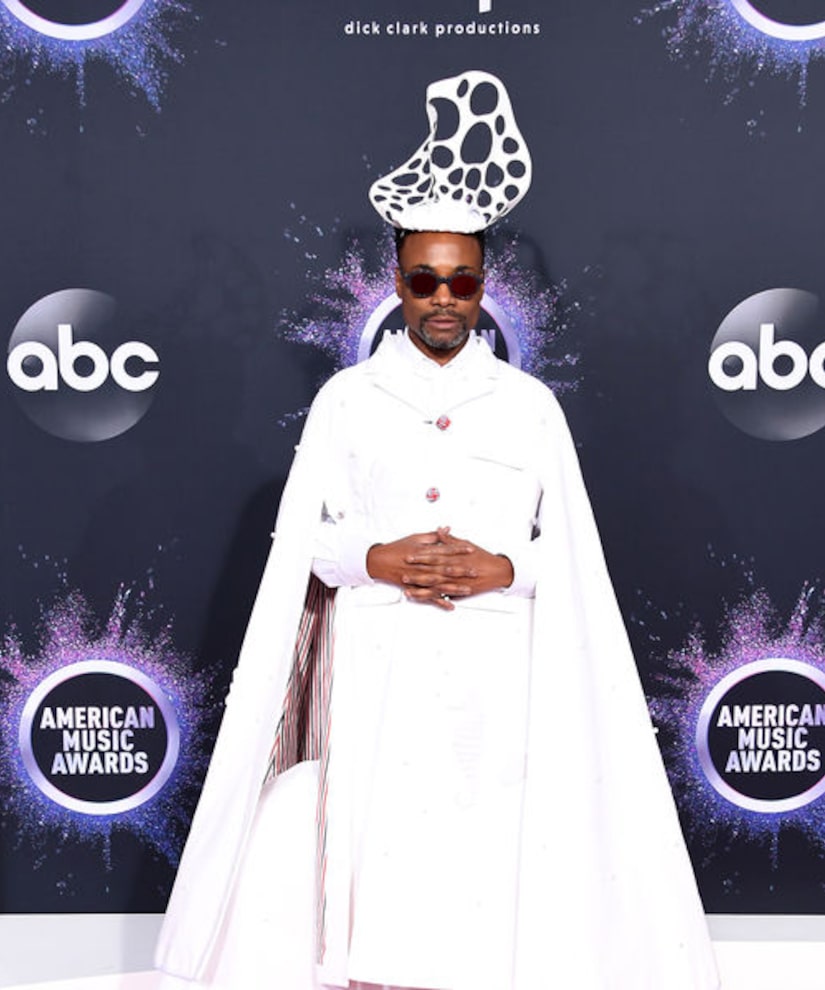 Billy Porter came to play at the American Music Awards!

The “Pose” star, who stepped up the fashion game with a white Thom Browne ensemble and hat by Stephen Jones, said, “Listen, I started something, I guess I have to keep doing it… I love fashion and I like to serve a look.”

Porter also shared his love for Taylor Swift after her drama with Big Machine Records and Scooter Braun, saying, “I love her spirit. I love who she is. She's so talented, she knows her worth, and fights for what's right.”

When Renee pointed out that Billy could attend Kanye West's opera at the Hollywood Bowl after the awards, Billy said, “Work it out, Kanye West, work it out!” When asked about Kanye running for president in 2024, Billy said, “Listen, he should.”

Will he support West? “I have to hear the policies first, so I am not too certain about that.”

Throwing shade at President Trump, he added, “We got what we got this time, so maybe I'll run for president, too… I would be a hell of a lot better than this one.”